What happened to the Engineers that managed to hide in the room?

After the crew of Prometheus enters alien ruins, David triggers a hologram recording. The recording shows several silhouettes running away from something unseen.

The recording leads the group of scientists to a door. It is clear that the beings in recording hid behind that door - except for the poor last guy who got decapitated by it. 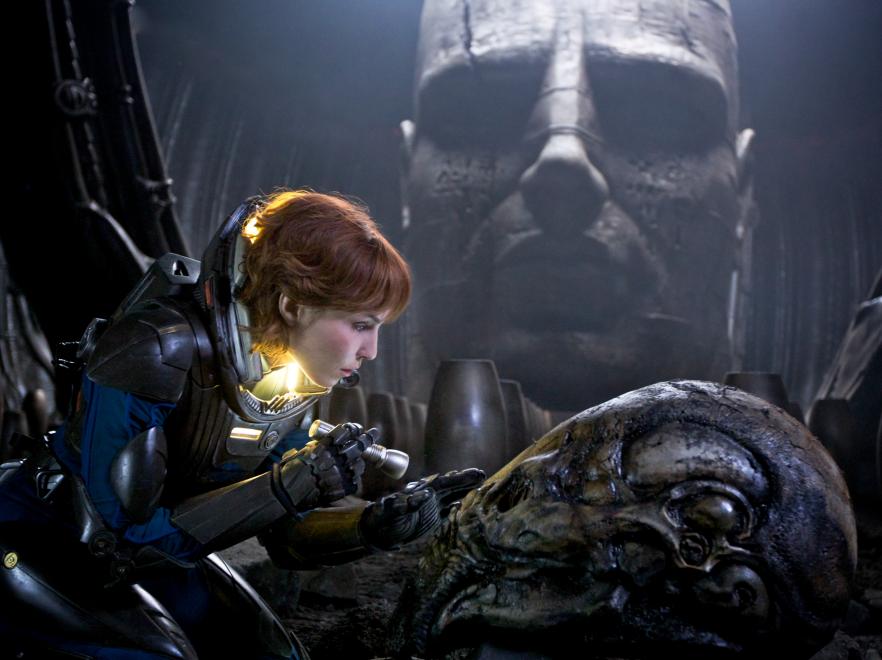 Now when David opens the door, there's no one. The room is full of some black vases and worms and that's it. So where are all the Engineers that hid in the room?

The Engineers on LV-223 were all dead except for one in the temple / Pyramid the Prometheus crew investigated. That one survivor was left in a cryo-chamber asleep. The Hologram recording insinuates all the other Engineers were dead and that none escaped.

The entrance to that temple required the Prometheus crew to physically crouch down and wiggle their way through a broken door. Screenshots below clearly show a curved door frame and what seem to be layers of a stone/metallic door, of which the final panel was busted in.

There is no way and Engineer would fit through that small portion of open door. The only way an Engineer would fit is if he were to crawl in or out. Thus, the door to the Temple was clearly shut or in the process of closing when something busted in or out of it.

This shot above shows clear cuts and straight metallic borders on each panel, indicating that this was not simply a "hole in the Pyramid".

The following screenshot is of the on-board camera feed from back on the USCSS Prometheus, where Janek and the rest of the crew observed the initial descent into the Engineer Pyramid structure. The top right feed gives us another look at the clearly broken door.

Again, there is absolutely no way this door was merely left open - Engineers would have no way in or out if so. This suggests the Temple may have fallen prey to an attack, rather than an outbreak...

For more, Refer What really happened to the Engineers in Prometheus, something everyone missed!