How did Lester know Malvo's name?

In episode 5 of Fargo season 1, Lester told Mr. Numbers the (possible) real name of the character played by Billy Bob, i.e. Lorne Malvo. Now I don't recall Lorne Malvo to ever reveal his name to Lester. Only Molly and Gus knew his name and that is because of the motel register.

Is there any explanation for that or we just gotta assume that he must have told him at some point off camera?

The first time they two met at the hospital, we can see Lester being called to be healed and Lorne Malvo doesn't reveal his name nor his phone number.

The second time, Lester finds Malvo at the restaurant, and the scene ends with a cut that implies that Lester is very interested in Malvo's talk. We can assume that at that moment Malvo revealed his name while writing the phone number of his motel on a piece of paper.

The third time, Lester, after killing his wife, calls Malvo, reading his phone number (and probably his name) on a piece of paper. 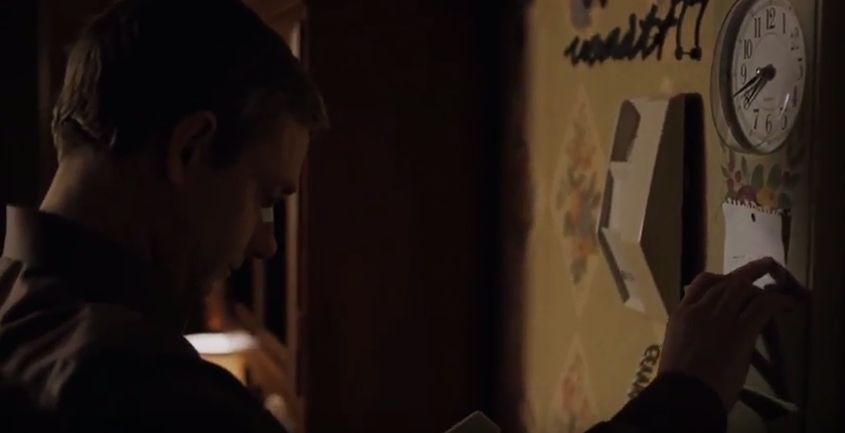 EDIT: after re-watching the scene on a larger screen, we can see that the name does not appear on the paper, only a number. So the name has been revealed off-screen, I guess.

Not the answer you're looking for? Browse other questions tagged plot-explanation fargo-tv .

4
How did Ben Richards Know Sub Zero's name in The Running Man
15
Why did Malvo do the things he did to Stavros Milos?
8
Why Did Lester Frame His Nephew?
4
Why did Lester follow Lorne Malvo?
8
How did Gus solve Malvo's riddle?
6
How did the media know the name of the robot?
3
Why did Teresa know Thomas's and her name?
1
Could the electric company employee have wrecked Hans Gruber's plan?
6
How did Vers know Agent Fury's name?