The two million never got to the island. What does this phrase mean?

In Cuba scene during partners meeting and Hyman Roth birthday, Michael Corleone tells the episode he witnessed today - a rebel killed himself by exploding a grenade. Hyman Roth then takes Michael aside and says:

I'd rather we talked about this when we're alone.

The two million never got to the island.

What does that phrase mean? 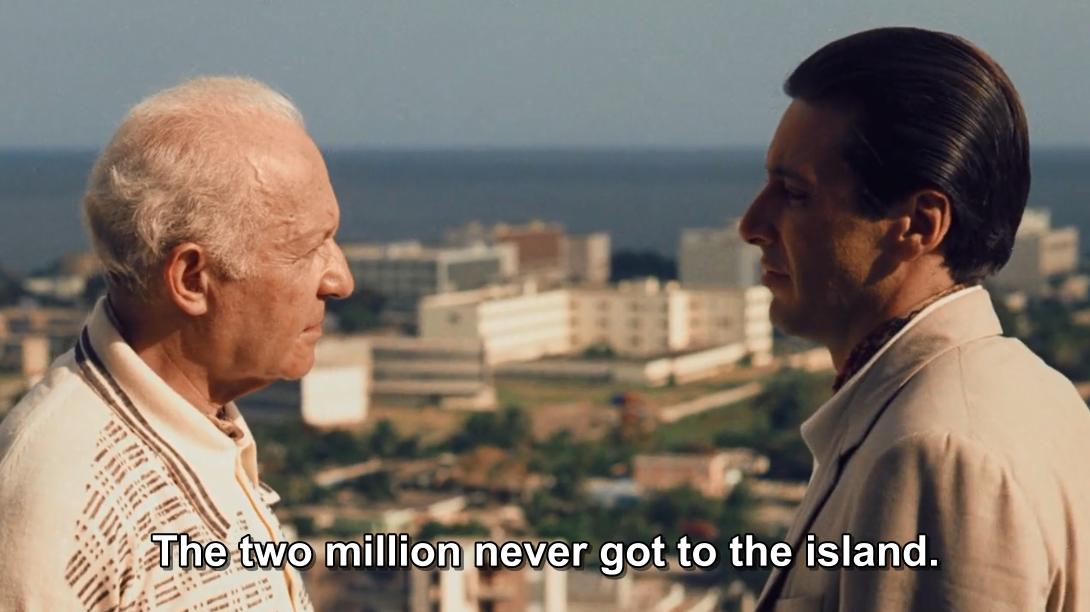 It's a bribe for President Batista.

Michael has delayed paying his portion of the money due to his doubts about the viability of the payment to ensure that the cuban government can stop the rebels.

This is made clear a little while later when Fredo brings the money, in cash.

FREDO: Jesus Christ, what a trip -- the whole time I'm thinkin' what if somebody knows what I got in here. Can you imagine that, huh? Two million dollars in the seat next to me in the plane?

[He opens up the briefcase, unzips it, and begins to show MICHAEL the money. He then looks over at the BODYGUARD.]

Michael, what the hell is goin' on anyway? I'm totally in the dark.

MICHAEL: The family's making an investment in Havana --

[MICHAEL takes the briefcase over to a guard.]

This is a little gift for the PRESIDENT.