What was the significance of screw and bolts filled vomit?

In Closet Monster, Oscar was suffering from internalized homophobia and always has weird visions related to the trauma he had after seeing a gay guy getting raped by metal pole. But after having sex for the first time with Andrew, he sees all those weird visions again and vomits and visualizes it being full of screw and bolts: 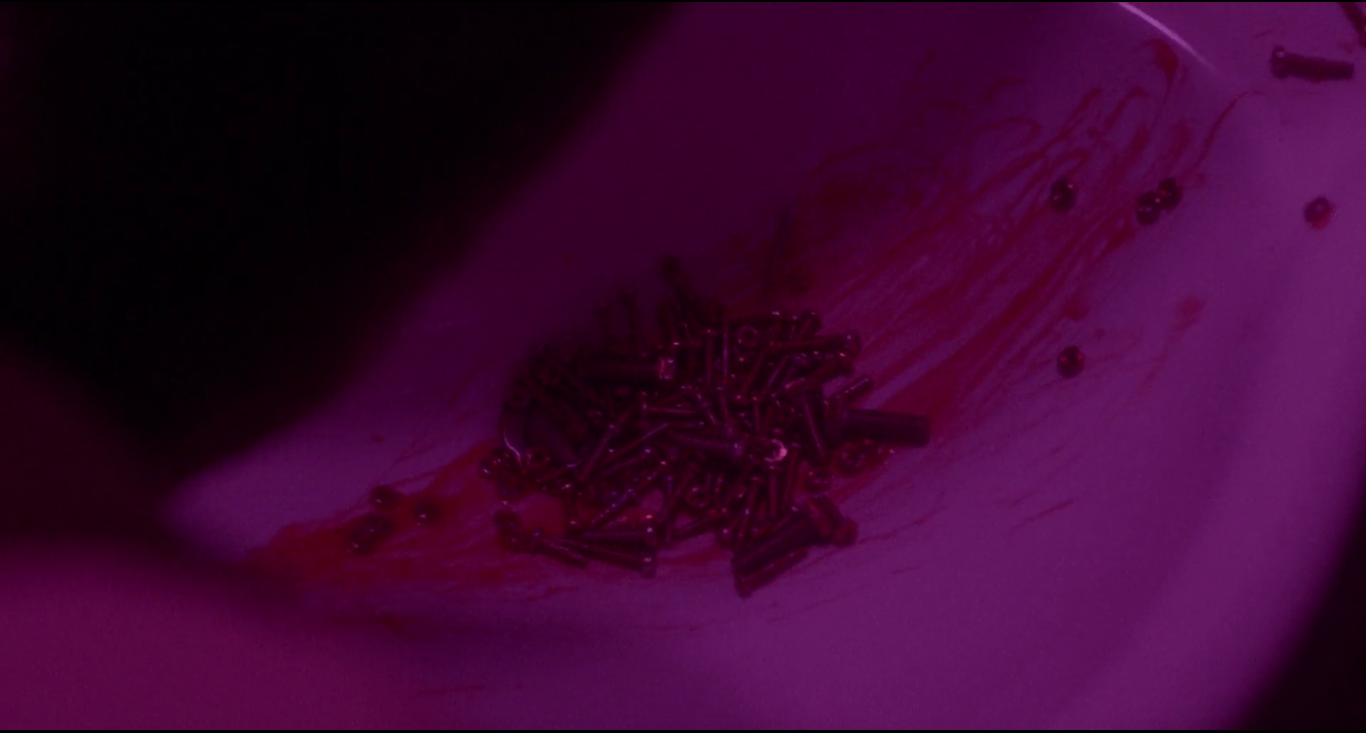 What was the significance of having screw and bolts filled vomit?

Disclaimer: I haven't actually seen this movie myself. However, based on the question, this is the sequence of events, as I understand it:

To me, this seems like he's trying to deal with his feelings about homosexuality. He witnessed this terrible rape involving a metal pole and now he's imagining his own internals filled with metal bits and bobs. He's creating a mental association, presumably driven by his fear and homophobia. He wants to pursue his desires, but every time he tries to engage in a physical act, he's reminded of the unique aspects of the rape he witnessed, and thus is repulsed.

I don't know how it all ends, but assuming he's able to overcome his fear and accept himself for who he is, then I would expect the visions go away again by the end of the film.

Not the answer you're looking for? Browse other questions tagged analysis closet-monster .