In the beginning of Book of Shadows: Blair Witch 2, some reports are shown about the original Blair Witch Project, claiming that the town of Burkittsville was filled with believers wanting to explore the town.

The poor town of Burkittsville suddenly found itself overrun with Blair Witch groupies, wandering around in the woods, trying to find the 'real' places where the story had happened.

Did people at the time really believe that The Blair Witch Project was real? Was it because it was the first fount-footage kind of movie out there? Or was it really advertised as a documentary? Didn't a quick Internet (maybe not so quick in 1999) search show the actors' and director's names?

Why did people really believe The Blair Witch Project at the time of its release?

Before when The Blair Witch Project was released, the marketing for the film was quite unique at the time. The hype surrounding the film was that it was real and based off a true story. It was indeed marketed as a real documentary and was one of the first found footage films out there. 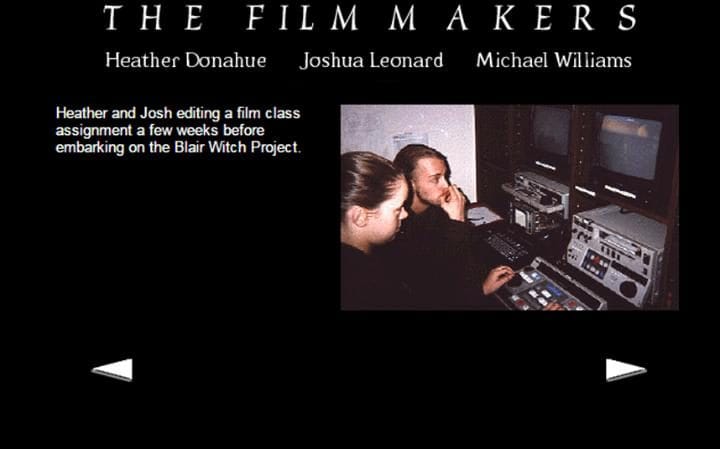 The producers even went as far as creating a website with additional photos, "evidence", bios of the filmmakers and more to help with the realism. A TV special mockumentary entitled "Curse of the Blair Witch" was also released which followed the "investigation into the disappearance of the three film makers."

Also fliers were distributed making it seem like the three actors were indeed really missing: 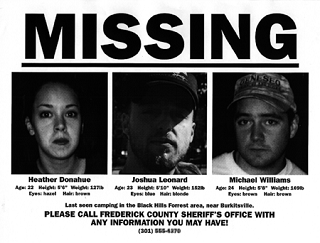 "During screenings, the filmmakers made advertising efforts to promulgate the events in the film as factual, including the distribution of flyers at festivals such as the Sundance Film Festival, asking viewers to come forward with any information about the "missing" students." Source

Many people fell for the marketing ploy that the Blair Witch was real, and back then the internet was not as prominent as it is in today's world for finding out information. But even the IMDb page for the three actors stated they were missing and presumed dead.

"Burkittsville was swarmed. Cars and tour buses jammed Main Street. Residents couldn't get into their driveways. Souvenir hunters dug up cemetery dirt. Tombstones were vandalized. Kids, accustomed to riding their bikes with no hands down the farm alleys, were instructed never to play outside alone. Debby Burgoyne, the current mayor and a Girl Scout leader, found a strange man standing in her living room one morning. He thought there was a tour. "It was crazy," Burgoyne said. "People with cameras were everywhere. I made sure I had full makeup and a great nightie before I went out to get the morning paper.""

Not the answer you're looking for? Browse other questions tagged realism reception blair-witch-project book-of-shadows-blair-witch-2 .

3
What does Book of Shadows stands for in title of movie Book of Shadows: Blair Witch 2?
7
What is the real story behind movie Badlapur?
10
Are there any real-world equivalents to spitting fuel into the engine?
3
Is "The Conspiracy" based on a real secret society?
5
Are The Mechanic's tools and gadgets real?
10
How accurate is the language they speak in The Witch (2015)?
6
Could the video recorder of Blair Witch Project (original) last as long as it did?
5
Is it realistic to live in a motel (a la "The Florida Project")?
2
Does the Science of Deduction exist in real life?