Why was he wearing such large shoes at the end of Alien: Covenant?

and he walks through the corridor with sleeping pods, did anyone else notice his shoes were really large? Is there some special reason behind that or are Fassbender's feet just big? 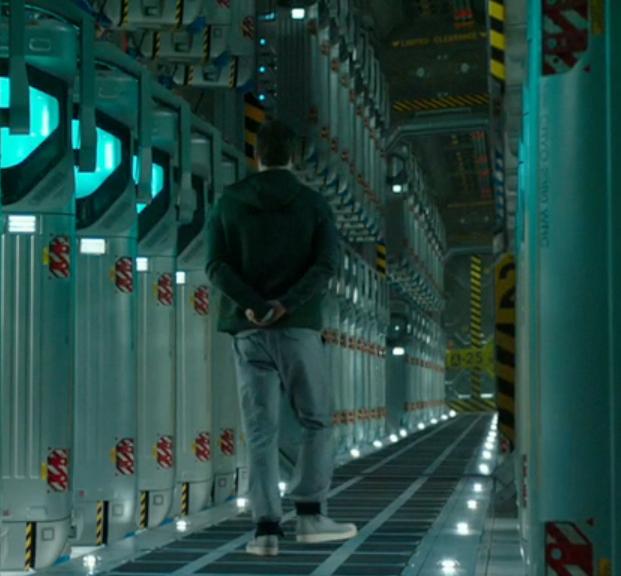 According to this page, his shoe size is 11. Well, I think the shoes he was wearing in that scene were bigger, almost like clown shoes...

You are right, I noticed the big white shoes as well but quickly forgot about it after the movie ended. If you look closely you'll see how his shoes are just too long.

Here is a screenshot of that scene: 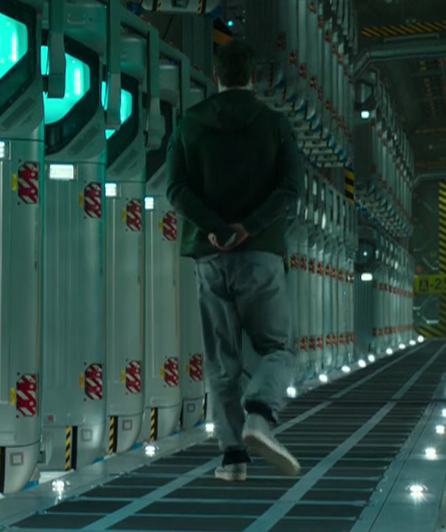 Possible explanation: Just before the scene David tells "Mother" to play Richard Wagner's "Das Rheingold" - the plot of the drama is about a dwarf who steals some magic gold. He forges a powerful ring which will enable its bearer to rule the world (but he has to renounce love to do so).

(Read the Wikipedia article for the full story: https://en.wikipedia.org/wiki/Das_Rheingold#Scene_1)

David basically does the same thing, there are many similarities between David and the dwarf of that story and my guess is, that Ridley Scott just wanted to give a (hidden) hint: David with big shoes looks like a dwarf - and he is now the one who stole something and "forges" something very powerful.

Its not just at the end of the film that he has big feet. When David and Walter are together in Davids cave, there is a shot showing their difference in height and Davids big bare feet. They look like engineer feet to me. Sorry for no screenshot but I remember noticing it in the cinema.

Michael Fassbenders' feet are that big. He is 6', (183cm). You catch a glimpse of his stature when he slams Katherine Waterstons' character, Daniels onto a table to dominate her. There's no literary law that an android has to be graceful...

Not the answer you're looking for? Browse other questions tagged character alien-covenant .