How did Hub and Garth know what happened?

In the 2003 film Secondhand Lions, teenager Walter lives with his uncles Hub and Garth. During the summer he gets a pet lion, who later

has a heart attack while protecting Walter from his mother's abusive boyfriend Stan.

Hub: She died with her boots on, that's the main thing.

At the time, however, they were in the house and supposedly asleep. Walter's mother was watching for them, and the three ran out of the house after hearing Stan's screams.

How did Hub and Garth know the circumstances of the death, or even who Stan was?

The script makes this clearer.

Hub: Oh, he'll live, I was talking about the lion.

All see Walter's bruises, put two and two together.

Hub GROWLS and grabs Stan, but Garth stops him.

Unfortunately, this particular scene seems to have been reduced in editing (the italicised lines don't appear in my copy of the movie) however if you follow the action along you can see Duvall start to point towards Osment as if to start saying those lines just before Caine mentions taking Stan to the hospital. It's quick but it's there.

There are no "bruises" on Haley Osment as such but we can see a red mark where Stan slapped him while he had Walter pinned on the ground. 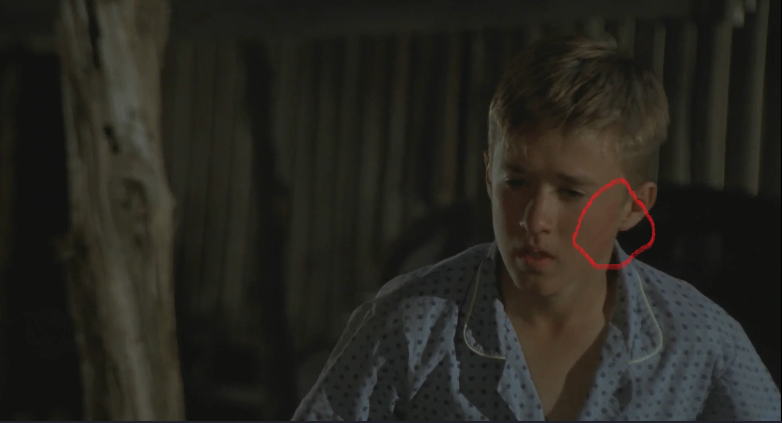 There's no indication that they knew who Stan was but what he was doing seems to have been obvious.

11
How did the prosecution know what Bates said?
39
How did Thor and Banner know where to go?
17
How did Sara know what a Looper was?
6
How did Wynn know what happened to Meyerhold in Cube Zero?
5
How did Walt and Jesse know where to intercept Mike?
8
How can Wells know what happened in the alternate time?
4
How did Jacob know what law enforcement was after Seth and Richie?
7
How did Rita and Deb know each other?
2
How did Odin and Dr Strange know each other?
5
How much did Owen and Beru know?