What are these silver colored pipes the Jackal is installing under his vehicle?

In The Day of the Jackal, the Jackal rented a garage and installed these silver colored pipes under his car. 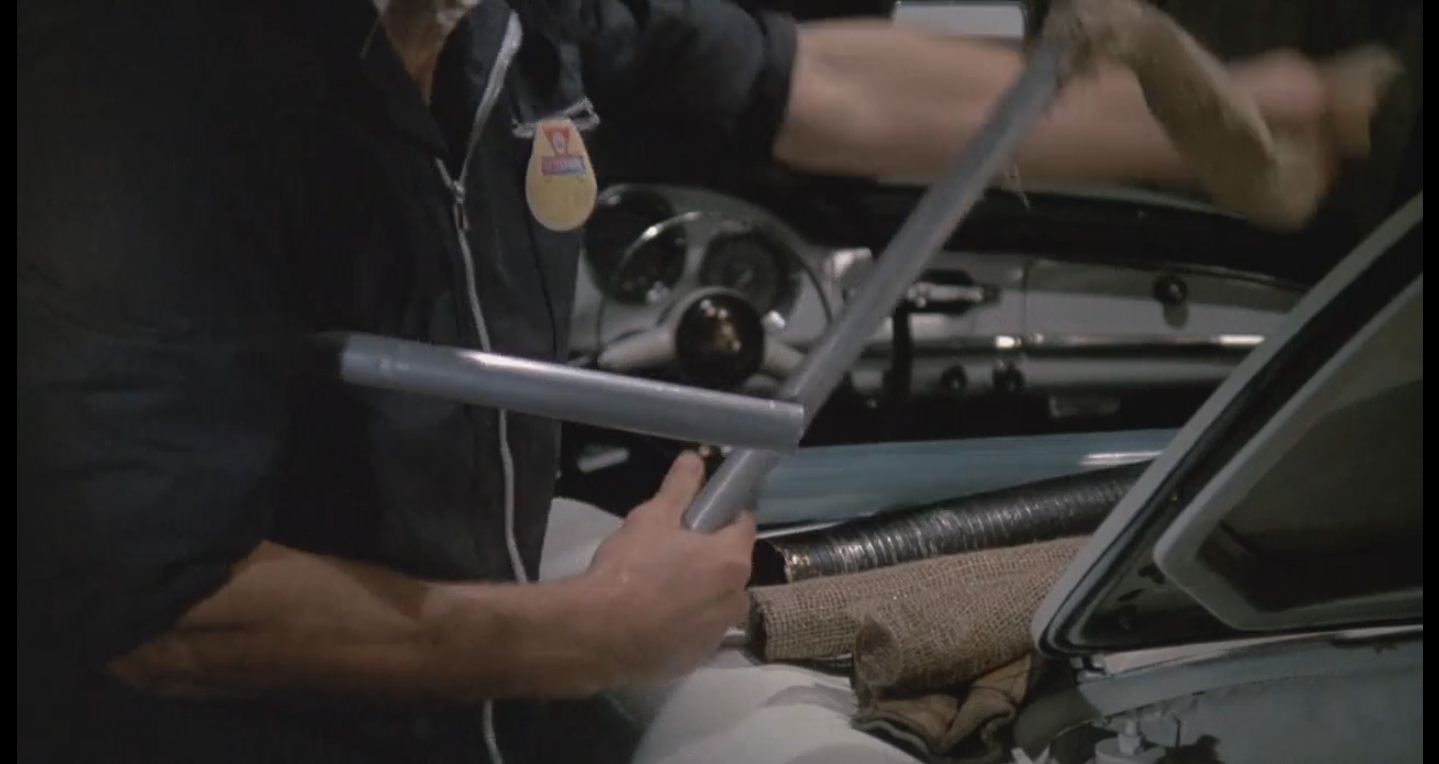 Just to dispute the previously accepted answer (slightly), if I remember the pipes when removed from the car are connected to form the crutches used by the Jackal in disguise, and these also hold the rifle parts, so technically the answer is crutches.

They are the stainless steel sections of his phony crutch, used to hide his breakdown sniper rifle so he could sneak it through the police cordon. He had wanted aluminium, but the gunsmith said it wasn't strong enough and substituted steel. He hid the whole works in a dummy section of exhaust pipe under his Alfa Romeo. In reality, blocking one of the twin exhaust pipes likely would have made the engine run very poorly (remember Axel Foley's banana-in-the-tailpipe trick?) and it would have sounded like crap, which might have tipped off an on-the-ball border guard.

Ignore the racy engine sounds of the Alfa in the movie; they were dubbed in during post-production. The director found the stock Alfa exhaust wasn't "sporty" enough, so the producers hired a British rally driver from the Ford team to rev his Escort rally car around an old airfield for an afternoon while the sound men recorded it.

Not the answer you're looking for? Browse other questions tagged plot-explanation the-day-of-the-jackal .

9
How does The Day of the Jackal have a PG rating?
8
What substance does The Jackal spray onto the door handle?
6
Why are the emotions colored in the way they are?
10
What was with the two different colored prison uniforms in Daredevil season 2?
4
What are the units for these numbers?
1
What is the significance of silver colored vehicles in The Host (2013)?
2
How do they know the Jackal's name even though “Victor Wolenski” never reveals any information?
2
What is the cipher in the credits of “Under the Silver Lake”?
2
What is the classification difference between these Russian Hazmat suits?