Was Edward Furlong allowed to watch "Terminator 2: Judgement Day" when it was released?

Edward Furlong was 14 years old when Terminator 2: Judgement Day was released in 1991. And it is R-Rated.

Was Edward allowed to watch this movie with a bunch of his under-age friends? Or do they make an exception for the actor?

Actually this applies to all other R-Rated movies with child stars in them.

First, the Motion Picture Association of America's (MPAA) film-rating system is voluntary and not enforced by law. Still, most theaters in the United States enforce the ratings and don't let children under 17 into R-rated films without a parent or legal guardian. So it's really up to a child actor's parents whether or not they're allowed to see an R-rated movie that they appear in.

One notable rumor (confirmed in an interview) where a child actor was not allowed to see an R-rated movie in which they appeared was Olivia Hussey who appeared in the 1968 production of Romeo and Juliet at the age of 16. The film got an R-rating for nudity. It's ironic that Hussey would not have been allowed to see the film in U.S. theaters because she was the one who appeared nude.

Yes, he watched the movie when it was released. You can see him at the Los Angeles premiere here. 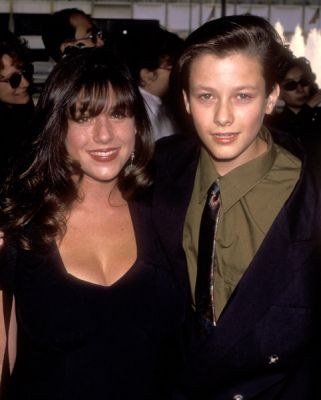 201
To what extent are child actors exposed to the violent aspects of the movie they perform in?
2
Children in Horror Movies

8
Track all changes to the timeline in the Terminator series
7
What was used to create the metal effect makeup in the Terminator robots?
3
What was the age of Sarah Connor when giving birth to John Connor?
7
Why was Robert Patrick never recruited again after Terminator 2?
4
Why do they time-travel to the exact same year and month when Judgement Day is about to happen?
14
Why was seventeen chosen to be the age allowed to see an R-rated movie instead of sixteen or eighteen?
11
What was Skynet trying to do in Terminator 3 before they decided to activate it?