Who (and why) installed a secret camera in the Buddha head statue in “The Big Sleep?”

In The Big Sleep, Owen Taylor, driver for the Sternwoods, is in love with Carmen. He goes to Geigers house with her and kills Geiger for her. A secret camera, however, takes Carmens photo just at the moment of the murder. Owen then takes the film from the hidden camera, gets in the car and goes away. 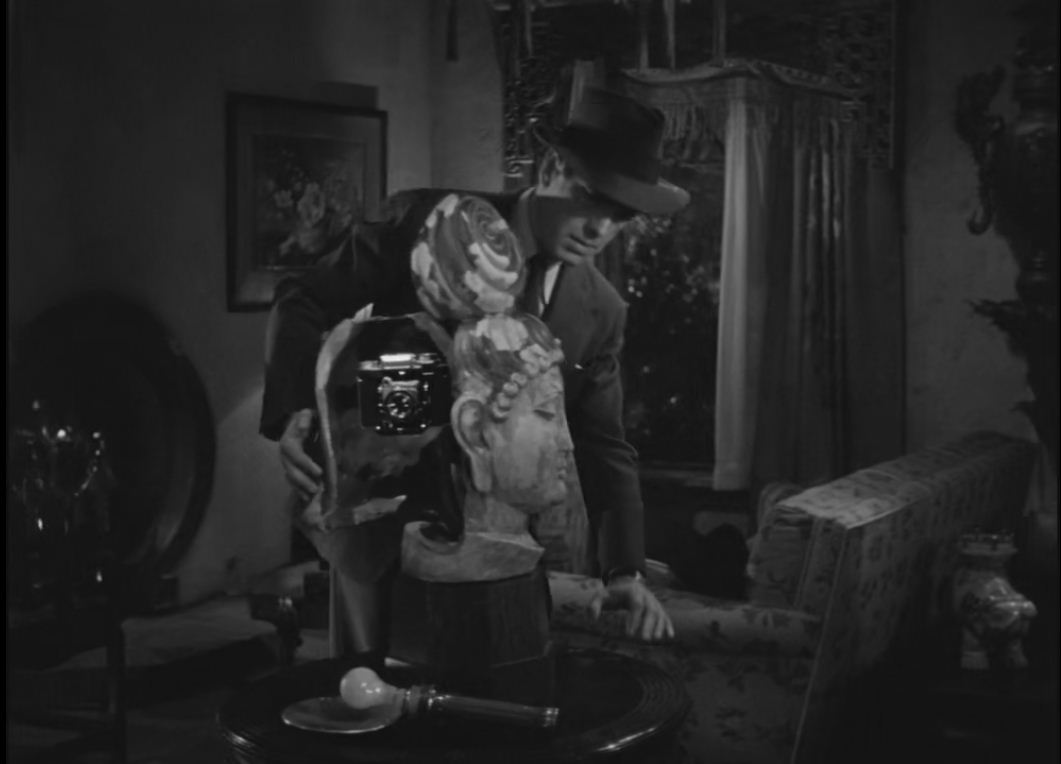 Who (and why) installed a secret camera in the Buddha head statue in “The Big Sleep?”

Geiger — as explained in the original novel — was a pornographer and blackmailer.

“Marlowe investigates Geiger's bookstore and meets Agnes, the clerk. He determines the store is a pornography lending library. He follows Geiger home, stakes out his house, and sees Carmen Sternwood enter. Later, he hears a scream followed by gunshots and two cars speeding away. He rushes in to find Geiger dead and Carmen drugged and naked, in front of an empty camera.”

Due to the movie “Hays code” (Motion Picture Production Code) at the time, the reference to pornography was toned down to just “blackmail” and “gambling debts.”

A primary focus of the Hays Office censorship policies was to heavily restrict sexual themes. In the novel, Geiger is selling pornography, then illegal and associated with organized crime, and is also a homosexual having a relationship with Lundgren. Likewise, Carmen is described as being nude in Geiger’s house, and later nude and in Marlowe’s bed. To ensure the film would be approved by the Hays Office, changes had to be made. Carmen had to be fully dressed, and the pornographic elements could only be alluded to with cryptic references to photographs of Carmen wearing a “Chinese dress” and sitting in a “Chinese chair.” The sexual orientation of Geiger and Lundgren goes unmentioned in the film because references to homosexuality were prohibited.

So the above novel scene becomes…

Marlowe goes to Geiger’s rare book shop. Agnes Louzier (Sonia Darrin), Geiger’s assistant, minds the shop, which is the front for an illegal operation. Marlowe follows Geiger to his house, where he hears a gunshot and a woman scream. Breaking in, he finds Geiger’s body and a drugged Carmen, as well as a hidden camera empty of film.

The camera was there to take compromising photos of people sat in that chair where Marlow finds Carmen. 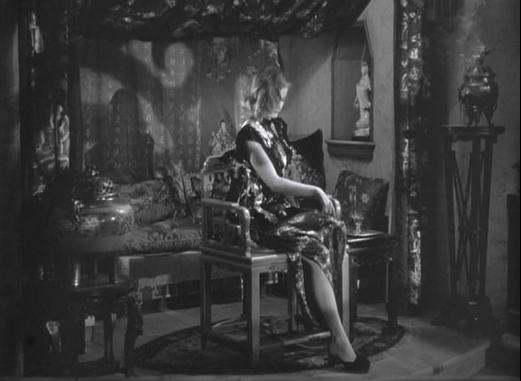 You might notice that Carmen appears drugged in that scene, indeed Marlowe checks what she has been drinking and seems to indicate that this is the case.

Not the answer you're looking for? Browse other questions tagged plot-explanation the-big-sleep .

9
At the beginning of Silicon Valley, were Richard Hendricks and Big Head working for Hooli?
2
What does Dennis' daydream tell us about him?
3
Why the movie title “The Big Sleep?”
4
Why does Philip Marlowe specifically asks about these books at rare book shop in “The Big Sleep?”
3
What is the significance of cigarettes in ashtray at opening and closing credits of “The Big Sleep?”
7
Who installed the charge and why, in the explosion scene?
6
Why did Nelson 'Big Head' Bighetti (and other Nucleus employees) get settlements?
16
How does Chigurh know where to go to find Moss when the transponder isn't beeping initially?
3
What was the purpose of the ciphers in the Big Sleep?