How does Lex know Superman's identity?

I've watched Batman vs Superman a few times now and maybe I missed it, but how does Lex Luther know Superman's identity? I'm assuming he does since he also knows Superman's mother, who he proceeds to have kidnapped.

So how does Lex know who Superman's (earth) mother is?

Superman is always saving, talking to or even kissing Lois - Superman is being very sloppy, not just in his superhero role of being vigilant and saving people, but also in protecting his identity with any measure of anonymity. 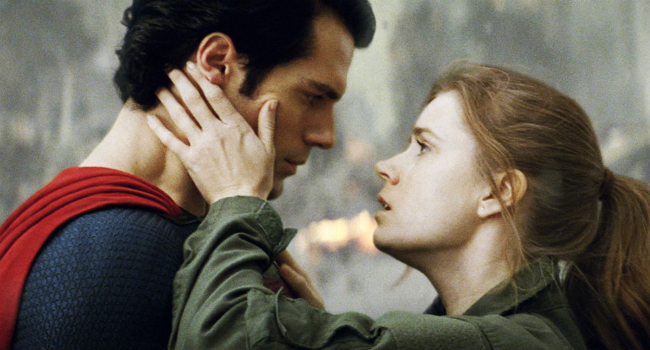 If Luthor investigates Lois – which he could have done after any of the many times Superman is seen with her, but to put forth a concrete example, Superman saves Lois in the African desert compound and bails out of there without a flicker of a second thought – he would discover that she lives in an apartment in Metropolis with Clark Kent, who happens to look identical.

One of the character arcs for Superman in the Zac Snyder universe is that he is incompetent, sloppy and unsure of himself due to a lack of a grounded identity - he is still figuring out who or what he is supposed to be, and so one of the ways the sloppiness manifests itself as an actual obstacle and consequence for his character to climb over is that his identity was very quickly discovered by one of the smartest and most maniacal figures in that world, Lex Luthor.

As it's not specifically stated in the movie, we can only guess.

Lois figured out Superman's identity by following the bread crumbs back to their source in Man of Steel. One could surmise that Lex did the same thing, either on his own or by using his wealth to hire the talent to do so.

The same most likely goes for how he knew Batman's identity. His character is portrayed as being extremely smart. He'd have researched the "toys" left behind from Batman as well as any available information and footage of the Batmobile itself to determine that it would have taken a spectacular amount of money to obtain these items. From there, it's a simple matter of figuring out who, in Gotham City, has the wealth to accomplish this as well as the physique that best matches any known photos of the Batman.

I dont know if this is good enough, but Lex has a good research on pretty much everybody including Diana prince and Barry allen. So it could be the way how he finds about superman, and also about his mother which he knew the weakness of superman( in this case, Clark kent's ).

There was a digital comic sponsored by Dr. Pepper that explains this. Lex had hired criminals to do crime so he could watch Batman in action deducing his identity.He tracks Superman's flight patterns or something like that and knows he always saves Lois.

16
Man of Steel Easter Eggs
3
How does Charlie deduce Myra is Mrs Kieslowski?
7
Was Moira Queen's knowledge about Arrow's identity foreshadowed earlier?
6
Does Wallace Keefe know Lex Luthor's plan in Batman v. Superman?
9
Suicide Squad movie Timeline
4
How did Lois Lane know Lex Luthor has Martha Kent as hostage?
16
Why is Batman not so careful about his secret identity in the Justice League?
14
Major Justice League continuity error?
2
How did Avasarala know who enabled the conspiracy?