Why is the Endurance still in "orbit"?

According to the flight plan in Interstellar the Endurance never entered orbit around Miller's planet, which is further evidenced by the time dilation not experienced by Romilly. So how is it that after a significant delay of 23 years, 4 months, 8 days the main characters still managed to fly the Ranger back up to space to find the Endurance? Does there exist a "synchronous" orbit at different radii from the same center of gravity? Otherwise an insane amount of fuel would be needed to actively adjust the orbit of the Endurance around Gargantua synchronized with Miller's planet and yet far enough to avoid significant time dilation for 23 years! 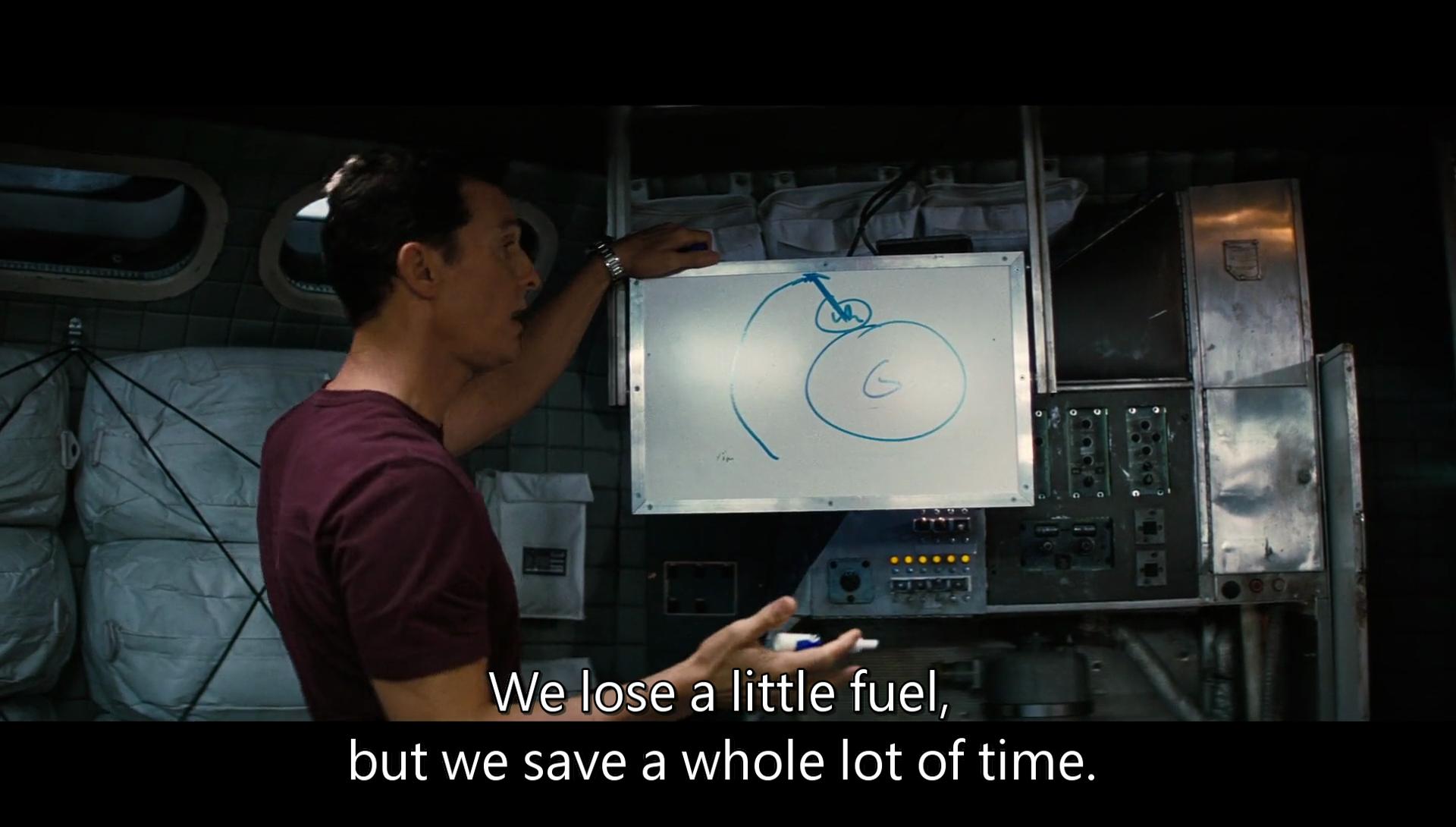 Assuming a circular orbit, for each angular velocity, there exist a unique radius for that orbit. (Actually two, but they are in opposite directions.) The calculation is rudimentary in Newtonian mechanics equating centripetal force with gravitational force, giving r^3 = GM / w^2 where w is angular velocity with linear velocity v = rw. If you alter forward velocity to match angular velocity, you enter a completely different orbit at a different angular velocity, unless you actively expend fuel to compensate. Therefore the Endurance would not be in-sync with Miller's planet around Gargantua without spending fuel. And even though ordinary satellites do have to actively manage their orbit, they are merely compensating for friction to maintain the same orbit.

Hence to clarify my question: Is this a plot hole, or does there exist an elliptical orbit that admits an absolutely wider distance from another planet's orbit which also has roughly identical angular velocities about the C.G.? Perhaps after relativistic effects are factored in? (By "absolutely" I mean no crossover at all, otherwise time dilation.)

plot-explanation interstellar
Share
Improve this question
edited May 21 '17 at 10:21

Disclaimer
My answer only assumes circular orbits for the ease of explanation. Everything I've said applies to elliptical orbits; but I chose to omit their existence for the purpose of keeping things simple.

What if we take a wider orbit around Gargantua, parallel with Miller's planet outside of this time shift, to here?

From this part of the quote you added, I read that the ship never orbited around planet Miller, but rather around Gargantua (the black hole itself).

This means that the travel distance can vary wildly (depending on their current relative distance), but you can always calculate where the other object is supposed to be (because orbital periods never change so long as the orbit itself never changes).
Assuming the Ranger has enough fuel to travel to the Endurance at any point in time (meaning that they do not need to wait for the Endurance to be close enough to planet Miller), then it makes sense that they could take the Ranger up to the Endurance whenever they wanted.

So the direct answer to your question is that while the Endurance did not orbit around Miller's planet, it did orbit around Gargantua; which means that it would still have been reachable many years later (but requires more travelling compared to when the Endurance would have orbited planet Miller).

There is another interesting point, which has mainly come forward from the comment discussion in the other answer. First, let me explain how orbits work in a normal situation. I'm resuming the Earth/Mars example.

Relative to Earth and its orbit, Mars travels slower along an orbit that has a larger circumference. This is a double whammy: two independent reasons why Mars takes longer to orbit the Sun, compared to Earth.

Now, the interesting part is the logical consequence:

This is a normal situation. I consider it normal, because it does not contain a special scenario where Earth and Mars are experiencing a different flow of time (to a point where it is meaningfully measurable).

However, when we consider planet Miller and the Endurance, we do need to take this into account!

"Normal time" is the observer's frame of reference, which in this case is the Endurance.

However, because planet Miller experiences time at an incredibly slow pace, it also orbits around Gargantua at an excessively slow pace.

What if we take a wider orbit around Gargantua, parallel with Miller's planet outside of this time shift, to here?

Although Cooper never explicitly specifies it, it makes sense that the Endurance chose the specific orbit that synchronizes its orbital period to planet Miller's orbital period, for the purpose of keeping communications open (not blocked by other bodies) and having a fixed travel destination from planet Miller back to the Endurance (ignoring planetary rotation, which is not an obstacle if you already travel using orbits)

Because of the different time dilation, a unique opportunity presented itself to synchronize orbits while maintaining different orbital heights.

As they said, the Endurance is taking a wider orbit. All you need to do for that is calculate the forward velocity vs the gravitational downward pull, to create a stable orbit at any given distance. All a stable orbit is, is a carefully planned free fall wth a decay rate of decades.

As far as the ranger finding the endurance, they calculated everything ahead of time. Orbit calculations would be valid for centuries unless an external force changes things.