I want to identify this movie, which I know just a scene from it.

The year I saw it

The year it was released

Colored but the scene was gray (concrete everywhere and post apocalyptic)

I just remember a scene, in which 2 gangs of androids are fighting in a post apocalyptic world. The androids were human like in appearance but they were moving like the cliché android (I think they were somewhat rigid in moving, for example when turning the head).

The fight goes on between these 2 gangs (either laser weapons or ballistic) in an abandoned car park (concrete everywhere), and at some point one of the gang inflicts more damage to the other one, making them flee the scene.

I remember that one of the left behind android "person" was a female with really short hair, and she couldn't move at all. She was still alive, but it was staying on the ground with the back leaned on a concrete wall and she couldn't move the head, but it could still talk. She was talking with an android from the other gang, and she told him to turn the head to the left (or right?) so she could see an explosion (or she was going self destruct).

I don't remember if all of them were androids, or just one gang, or they were mixed.

That's all I can remember from that movie.

At the end of a World War between humans and robots, a nuclear bomb was detonated and a Dark Age begun, without technology or electricity. Soon later, the world has been cleared of humanity by the CDC, only the CDC's cyborgs and robots remain. On the last day of the war between the human and the robot army, one of the robots, Omega Doom, is shot in his head by a dying soldier and his programming for the destruction of mankind is erased. Some time later, Omega Doom arrives at a destroyed city, where he encounters an unusual community of robots and roms (newer and more advanced robots), who are in conflict.

He also finds there are two remaining peaceful robots - a former nanny who now works as a bartender and the head of a former teacher, whom the other robots use as a ball. Omega Doom helps The Head find a body and tells him about a rumored stock of hidden weapons. Both groups want these weapons in order to continue the destruction of the remaining humans.

Eventually, Omega Doom gets the robots to promise to destroy the roms in exchange for half of the weapons; but he also proposes the same deal to the roms. They end up fighting each other, ensuring their mutual destruction. Afterwards, he leaves the last two peaceful robots (The Bartender and The Head) and the one remaining rom in charge of the city and continues his wandering.

The girl you have described is: 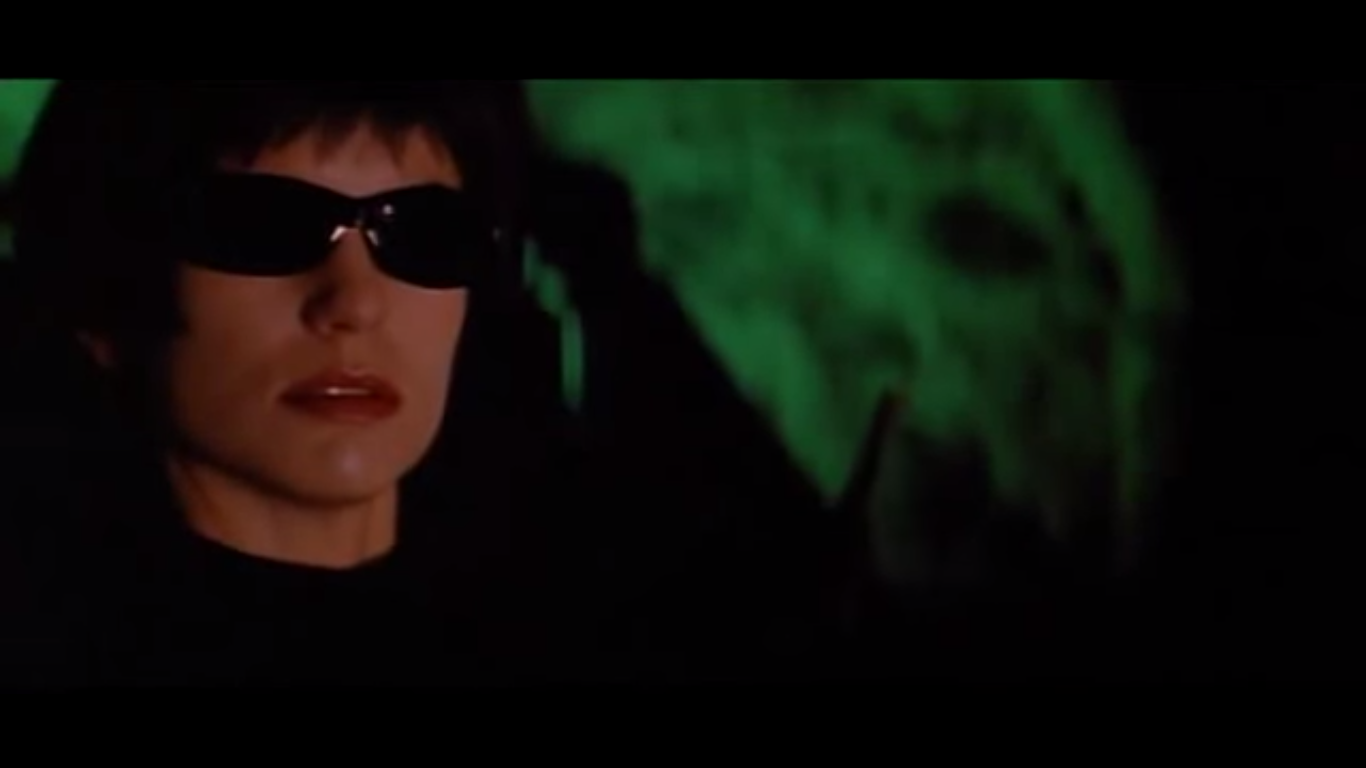 And the scene you have described is most probably this one (24:35):

(The video is not in English though)