Why do these three lines appear at the end of closing credits?

After watching The Prince of Egypt, I saw these 3 lines appearing on the screen: 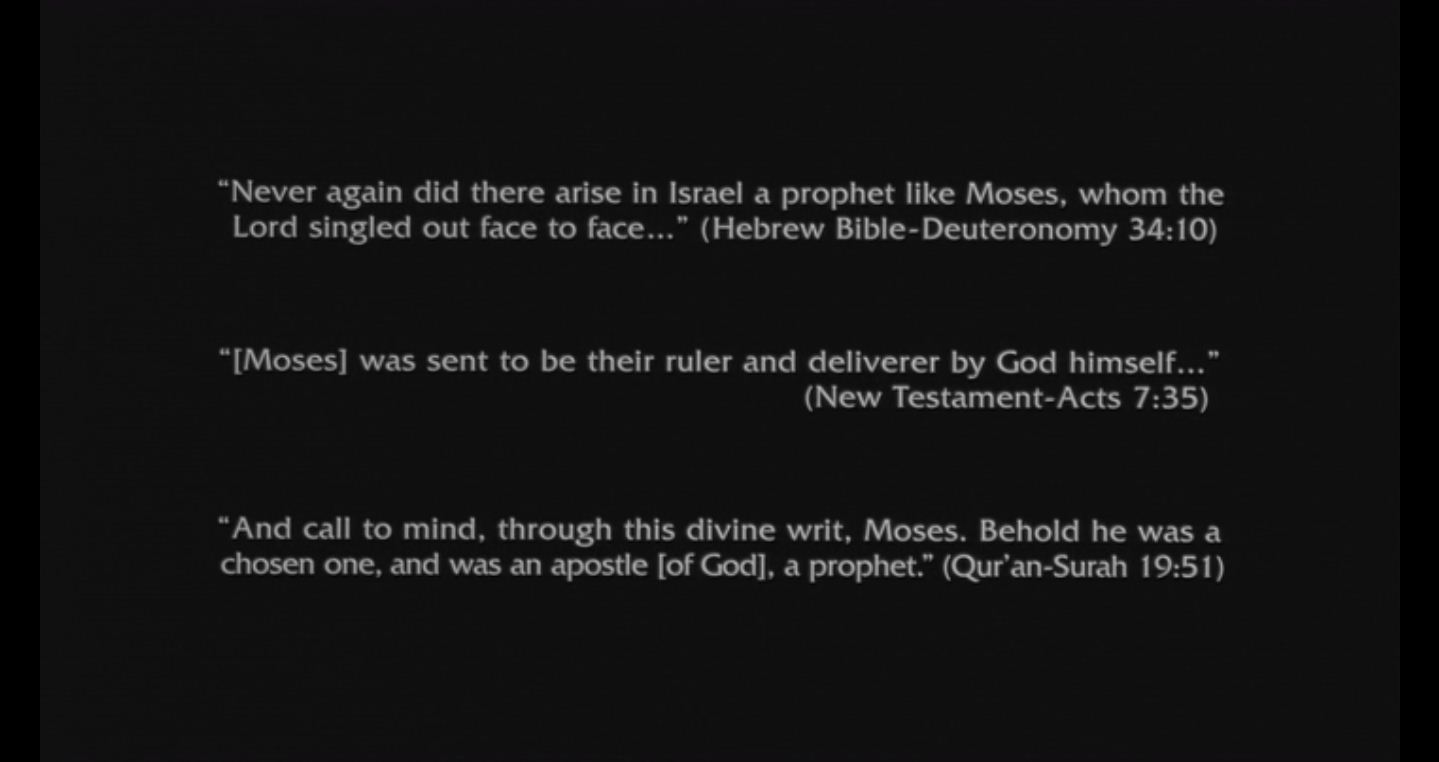 Looks like very important lines to the movie, then why it appeared at very end of closing credits?

It is meant to point out that Moses is recognized as a prophet in the religious writings of three major world religions.

Given the conflict and waging of holy wars through out history by these three religious groups, I believe the purpose of including these was to show that these religions are based in the same roots and have much in common. An appeal for peace and finding common ground if you will.

EDIT: I'm not sure if your question was specifically why the quotes appeared at the end of the credits as opposed to earlier, or if the question was what the significance was of the three quotes.

Not the answer you're looking for? Browse other questions tagged plot-explanation the-prince-of-egypt .

6
What is the significance of the post-credits scene in Pontypool?
28
What is the nature of Professor Snape's Patronus and why does it appear in the Forest of Dean?
7
Why doesn't the temporal agent recognize himself?
5
Why do they show unrelated lines at the beginning of the movie?
5
Why does Brigitte Mohnhaupt deliberately destroy the execution myth and how accurate is her closing dialogue?