How could Germans be using an animated presentation to depict their attack plan?

In episode 10 of season 2, it is shown that a German military official is giving walkthrough of the imminent attack on the Japanese with a presentation, where we could clearly see that that is an animated simulation of 3 phases of their attack.

Wouldn't the computer technology be very primitive at that time?

Also in episode 9, it was shown that Japanese General Onoda was still using some models on a table to convey their attack strategy.

Could it be a pure negligence or are there any other explanations for that?

Following picture is for refernce : 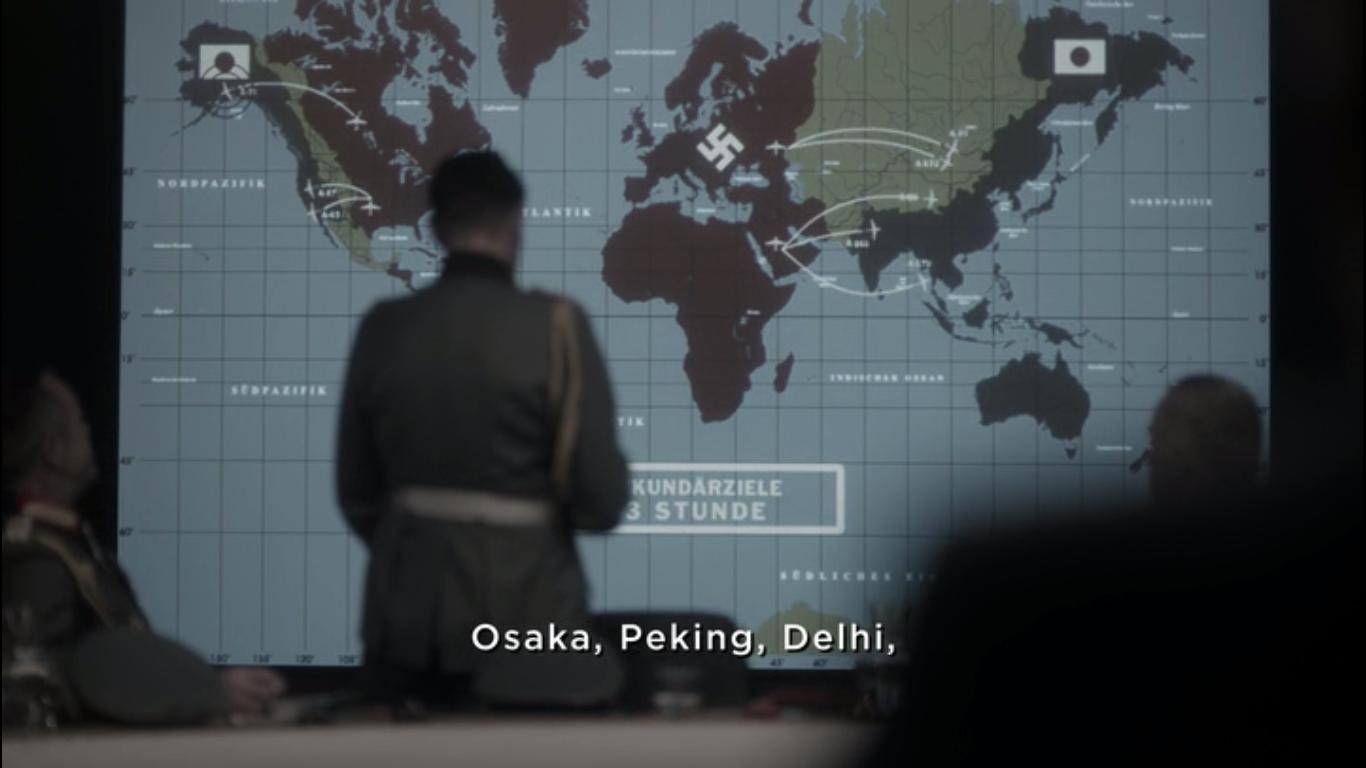 As Paulie_D had mentioned in the comments, It's hard to really tell, if they are computer generated animated images, but animation existed prior to World War II with iconic films such as Walt Disney's Snow White and the Seven Dwarfs, released in 1937 AND the first Computer animated film (only 49 seconds long) called Rendering of a Planned Highway existed in 1960 via BESK Computer. The series primarily takes place starting in the year 1962...

However, the real point of interest here is that The Man in the High Castle takes place in an alternate parallel universe, where the Nazis won the war and where they and the Imperial Japanese occupy all major continents.

The series is very careful not to overdo its science-fiction elements, keeping it grounded and making it still feel generally close to our own history, but there are hints at alternate innovation and technological advancements in some areas. One of the most noticeable are the German Super Sonic Passenger Jets, also referred to as "Rockets" featured briefly in season 1. 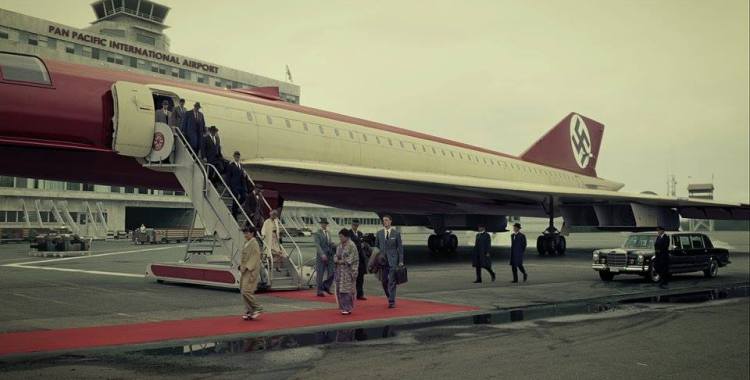 In the novel of the same name on which the TV series is loosely based, "Rockets" go between Berlin and San Francisco in just 45 minutes, but on the TV series the character Rudolph Wegener exclaims that it only took two hours! Both cases show significant advancement, but the books describe the Rockets having other advancements too.

In addition, as the mythology of the series slowly develops, viewers come to learn that,

not only are there film reels showing alternate histories, including alternate futures, but that they are all real and brought to this reality/universe by parallel universe time travellers!

With that in mind, it's not a stretch to presume how some of the technology could be advanced by comparison!

It's true that technology of the computer generated images looks further along, than of what it should be, if it were our timeline, it's still hard to tell IMO, but it's also possible that it is slightly advanced, which is line with the reality The Man in the High Castle has been conveying.

Not the answer you're looking for? Browse other questions tagged the-man-in-the-high-castle .