Why people were dancing at the subway?

In Comedy movie The Fisher King, When Parry following Lydia, we can see passengers shown dancing.

Location of the scene is Subway. 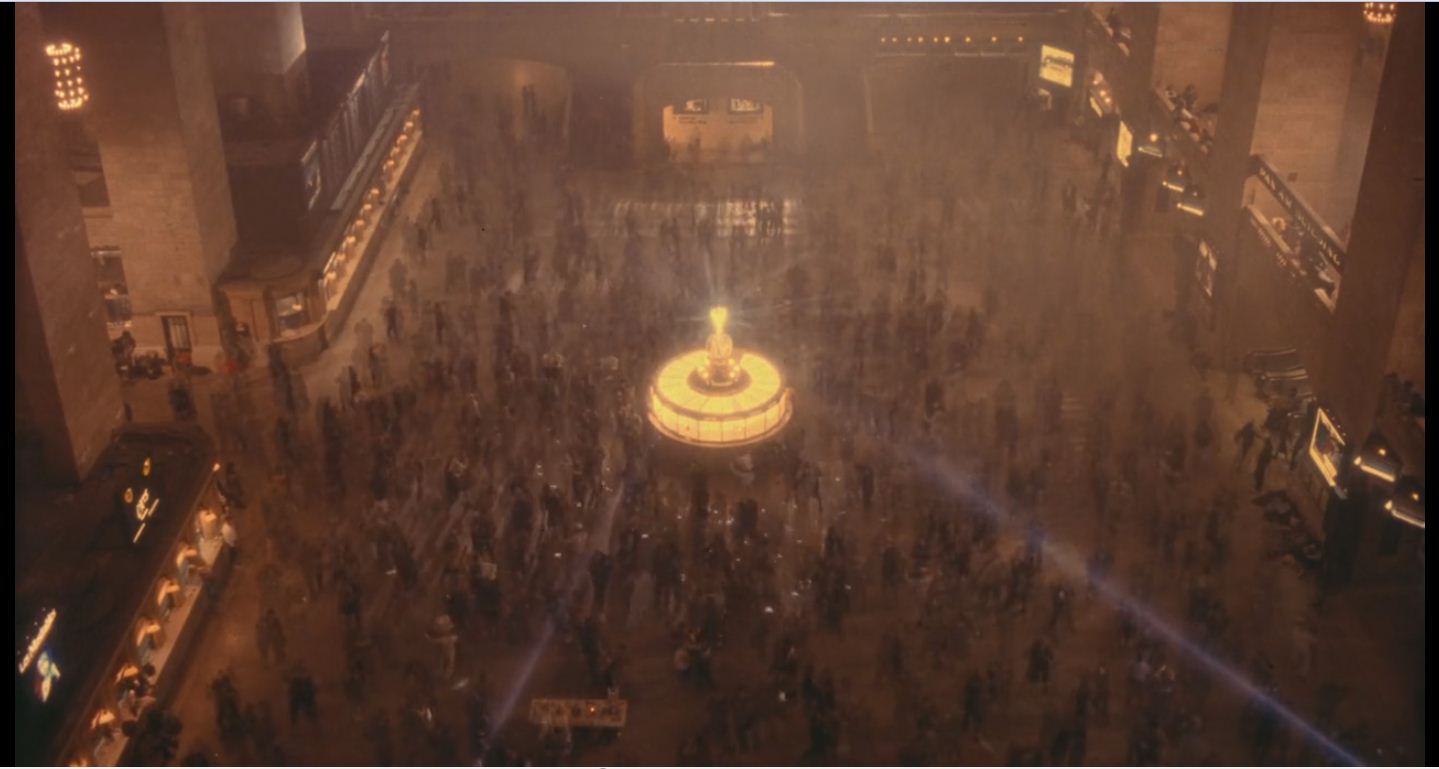 Why people were dancing at the subway? Is it flash mob?

It's in Parry's mind. At the start of the scene, people in Grand Central Station are just walking, making noise, chaotic. Parry is looking for Lydia, whom he is in love with.

When Parry sees Lydia, classical music starts, and the chaotic crowd is now in sync (in Parry's mind). They begin waltzing around him. Parry has a smile on his face. He follows Lydia through the sweetly dancing couples, all the way across Grand Central Station, and the universe is in harmony, for him.

When he finally loses sight of Lydia on the other side, the couples go back to being a crowd, and the music stops and is replaced with the dissonant noises of the throng.

Here is the scene:

I also found an interview with director Terry Gilliam (below) regarding that particular scene. In the video, at 2:10, he says, "I just love the idea of Perry being so in love that, you know, the world changes to whatever dreams he has."

Not the answer you're looking for? Browse other questions tagged plot-explanation the-fisher-king .

5
Does Starling City have active subway or not?
7
Which girl Parry was referring to after waking up?
2
Why do chipped people obey A.L.I.E?
2
Who are all these people killed at the end of Casino?
3
Why can't the second MAV reach the Hermes?
29
Did the world know about Wakandan Vibranium before the end of Black Panther?
4
Can Bran see the future at will that people don't know about?