In the Season 3 of Fargo, Ewan McGregor plays two characters, the Stussy brothers. 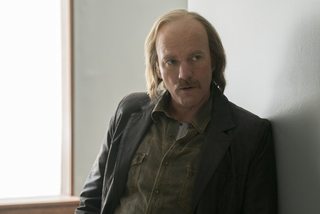 Emmit (on the right) 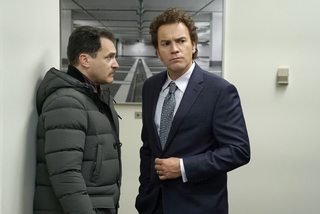 The Scottish film star has been cast in the lead role — or roles — playing very different brothers Emmit and Ray Stussy, who are not twins.

Both characters have clearly a different look, but it could be explained as that had different lives with different healthiness.

Are there elements from the show that confirms whether they are twins, or not?

Although twins don't need to look identical, McGregor has confirmed that they are not twins...only brothers.

"I'm playing two brothers so it involves quite a bit of prosthetics and make-up. They look very different, they're not twins. By playing them, I've have to find their voices which has been a challenge, but I've really enjoyed that," McGregor explained.

Noah Hawley (the showrunner) also doesn't refer to them as twins.

“If you have two brothers,” the showrunner continued, “and one of them is rich and one of them is not, there’s an element of class that you’re discussing whether you want to or not. This idea that Emmit Stussy, as a multimillionaire with a giant mansion, would seem to have more value to society, and treated with more respect by society than his younger brother who hasn’t amounted to much. But I think it’s important to look at people’s actual value against how they’re viewed.”

It is confirmed in the episode Aporia (S03E09), that Emmit is the older, the two brothers being two years apart.

EMMIT: My dad gave me a car, but I wanted the stamps. What 17-year-old boy wants stamps when he can have a cherry-red Corvette? But I did.
And Ray, like I said, he was a chubby kid. 15 years old, never been laid, never even felt up a girl.

Not the answer you're looking for? Browse other questions tagged character fargo-tv .

1
First occurence of Twin Actors/Actresses?
2
What are the jobs of the two brothers in the movie "Suture"?
3
How is George Stark related to the twin?
2
Why did Ray Kroc's past haunt him in The Founder?
4
Did Harry Truman's nephew appear in the original Twin Peaks?
3
Banker or Bunker?
7
Are Arthur and Bruce related?