In the film Page Eight, Johnny Worricker (Bill Nighy) asks Rollo Maverley (Ewen Bremner) to look into the story of Nancy Pierpan's brother being killed by IDF forces during a protest. When Rollo reports back, he suggests that Nancy is too ideal of a friend for Worricker to meet (living right across the hall), and that the whole thing may have been engineered.

Did this go anywhere in the plot, or as the entire three-film series continued, did Nancy Pierpan remain a coincidental neighbor and learn the tradecraft from Worricker as time went on? 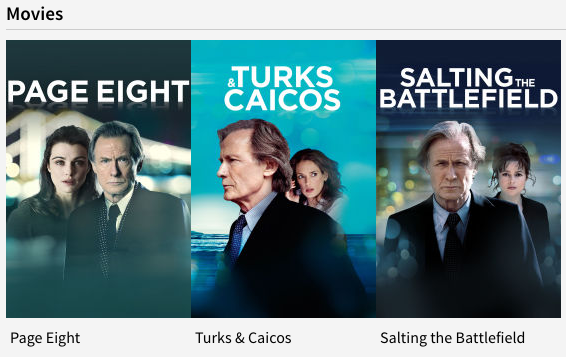 plot-explanation character page-eight
Share
Improve this question
edited May 6, 2017 at 14:06

Was Nancy Pierpan a spy?

Every thing she said she was...was true. She was a Syrian-born political activist whose brother was killed by Israeli forces.

There's no indication that she knew who (or what) Worricker was before she actually met him.

Rollo reports back, he suggests that Nancy is too ideal of a friend for Worricker to meet (living right across the hall), and that the whole thing may have been engineered.

True but he's just being a good intelligence man. Suggesting that she's a plant is part of that. If she was a plant, what was her aim, who was she working for?....The only thing she got was proof that her brother was killed by the IDF and she already knew that...and she didn't ask for that proof or even hint at asking for it.

It seems clear to me that Worricker gave her that because of his feelings/sympathy for her not because she played him.

Did Nancy Pierpan remain a coincidental neighbor and learn the tradecraft from Worricker as time went on?

I'm not sure what you mean by "tradecraft"...she doesn't demonstrate any that I can see other than, quite naturally, not telling her father that Worricker is in the security services.

She plays chauffeur for Worricker...that's about the extent of it.

She's not mentioned in the second or third films at all except in passing if at all.

Not the answer you're looking for? Browse other questions tagged plot-explanation character page-eight .

3
Was Jerry expecting Katie to show up in the movie "Eight Below"?
10
What's on page 47?
1
Why did Nancy injure her face?
2
Who was that guy in the movie 'Spy' 2015?
12
Question about Oswaldo's background in The Hateful Eight
13
Tim Roth acting in The Hateful Eight
2
Why is Nancy the only one affected?
4
Couldn't Light just have burned the page himself?
5
How is Nancy able to attend a private preparatory school?
5
Did the Tattaglias know Luca Brasi was a spy?