I managed to find a very similar film (The Blob 1988) that matches a lot of what I remember, but sadly I don't think it's the one.

I watched it on late night TV in the UK. I only remember a single scene so it's a bit of a long shot. If it does exist, it may be a bit of a rip-off of The Blob 1988 remake.

A group of scientists that were possibly wearing white contamination suits get held up in a church or community building. An Alien or Creature that I think was pink or red busts through the floor, likely a wooden floor. A soldier wearing standard army clothes shoots at the creature.

What I remember clearly is the soldiers had gas masks on - typical faceless goons there to get killed. Their guns were pretty awesome though which is why I remember the scene. Either an assault rifle or light machine gun with what I think was a drum magazine. The muzzle had a prominent 5 directional flash which I thought was kinder cool.

The soldier gets killed and the others escape the building. It was at night at this point and the town appears to be empty, probably due to a government presence.

If anyone can confirm this is a different film to The Blob remake that would be fantastic, as it's driving me nuts.

This one has an abandoned town and a team of military types come in to investigate. I haven't seen all of it, but the main creature is an amorphous blob type creature and it does battle the military types in contamination type suits. Here are some clips.

I don't remember that scene in particular, but I'm almost sure that it was the remake of the Blob, it's got chemical suits, it has a church guy, it has a pink creeping death thing.

The synopsis, and some choice quotes:

They discover a military operation led by a scientist, Dr. Meddows, who orders the town quarantined. Brian escapes a military van and collects his motorbike. 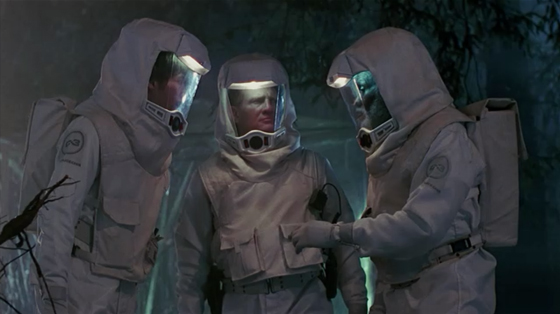 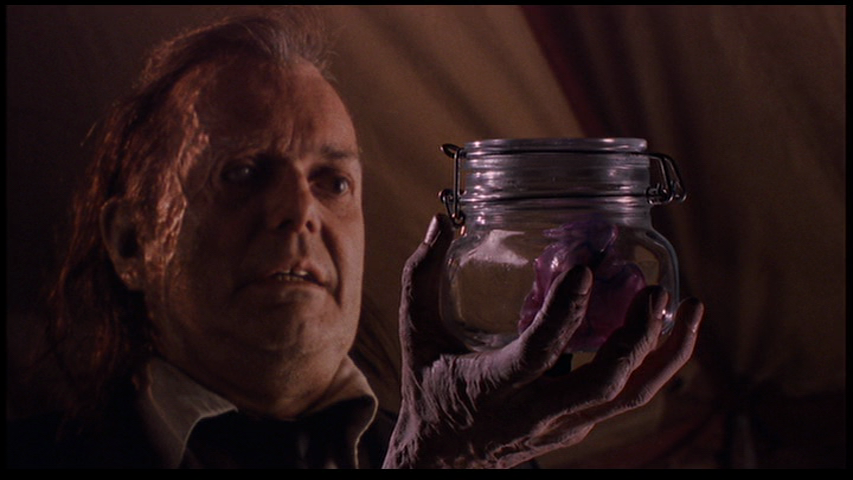 Months later, at a tent-meeting church service, Meeker, disfigured by his burn injuries and secretly driven mad by his experiences, preaches a doomsday sermon resembling the Blob's attack. He is then shown to have a still-living piece of the Blob, trapped inside of a glass jar, awaiting the day when the "Lord sends him a sign" to unleash it upon the world

And a picture of the Blob... 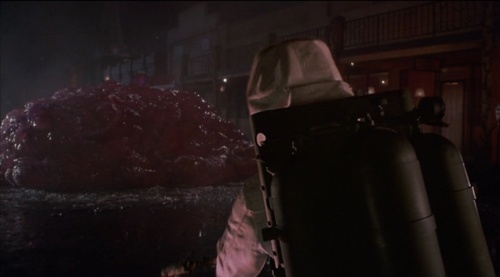 Maybe you are thinking of the town hall that they were in and not the church?

The survivors retreat to the town hall and hold the Blob off with furniture-barricades and fire extinguishers, but the Blob engulfs half the building and devours Deputy Briggs.

The guns were fairly standard though - I thought I remembered a scene where there was a heavy machine gun, but I can't find it. 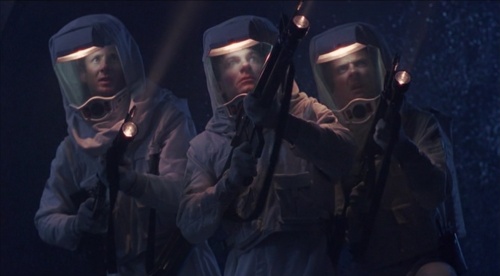