SciFi Movie Where Woman Gets her Arm Eaten? Detatched? [closed]

All I can remember is this guy and this woman captured by aliens and her arm somehow got detached (I think it was eaten?) And there was a giant white monster alien thing that they where taken to. The humans wore black (armor, I think?) And the planet/moon whatever was red, if I remember anything correctly.

Also, the white thing kinda looked like a big fat spider, and in the end it was captured and studied. I think it was the alien king? It shot webs from its mouth I think...sorry, I was 7, and this was more than half my life ago so sorry if there is any misinformation! Really hoping to find this!

And there was a giant white monster alien thing that they were taken to.

Also, the white thing kinda looked like a big fat spider, and in the end it was captured and studied. I think it was the alien king

The Brain Bug is captured by troopers wear black armor. 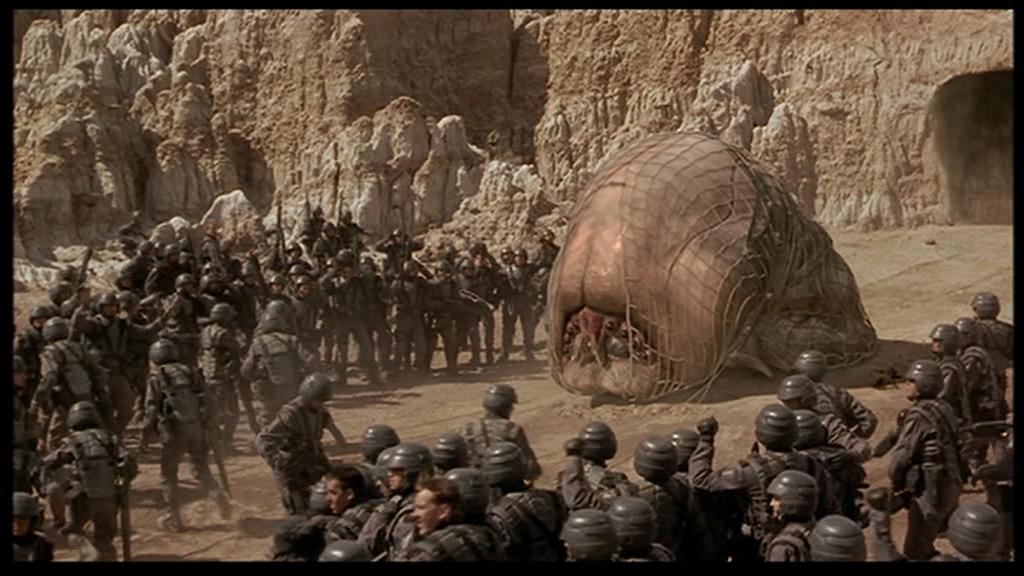 It's then studied in a lab

and her arm somehow got detached (I think it was eaten?)

I think you might be conflating this with the dissolving arm sequence.

I agree with both answers, it is Starship Trooper. The actress (Denise Richard) did not have her arm detached. She was wounded by the Alien who stabbed her trough the shoulder with his claw. 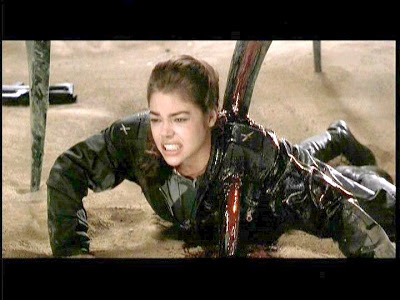 Not the answer you're looking for? Browse other questions tagged identify-this-movie science-fiction ending .