Identify this movie about bugs in space [closed]

I remember this movie about a group of people in a spaceship attacked by a bug colony. Finally, they crash land in an alien planet with weird plantation. There's also a weird aurora. The bug looks like robotic (I'm not sure).

This movie probably before 2000's. English language. In color.

Starring Matt LeBlanc, William Hurt, Heather Graham and Gary Oldman. It is about a group of people, most of them from a family called the Robinsons, on a spaceship, the Jupiter 2. They are trying to get to the planet Alpha Prime as Earth is expected to be uninhabitable within 20 years.

This has an area full of plants and a strange creature.

Soon they are attacked by robotic spiders that had attacked the Proteus. 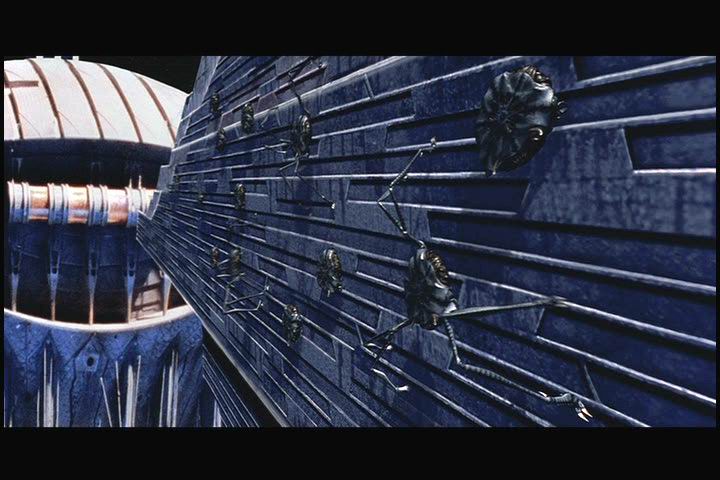 They blow up the Proteus to kill the spiders and escape, however the explosion of the Proteus causes them to crash land on an alien planet below.

Where they find a time bubble and two of the crew from the future, Will (the son) and Dr Smith.

A fight ensues with the future Dr Smith, who has been turned into one of the spiders following a scratch. Smith is killed and the planet begins to break up creating a black hole, the Jupiter 2 manages to escape trying to complete its mission.

I'm thinking that Cearon nailed it, but it's also possible that you are referring to Starship Troopers, which came out in 1997.

The movie is about an alien species that has taken over a planet and that has attacked earth. Earth responds by sending out troops to attack the bugs. There are several scenes in space, where bugs are essentially shooting at the human's ships. Several ships get shot down.

At one point the bugs take over a human outpost: 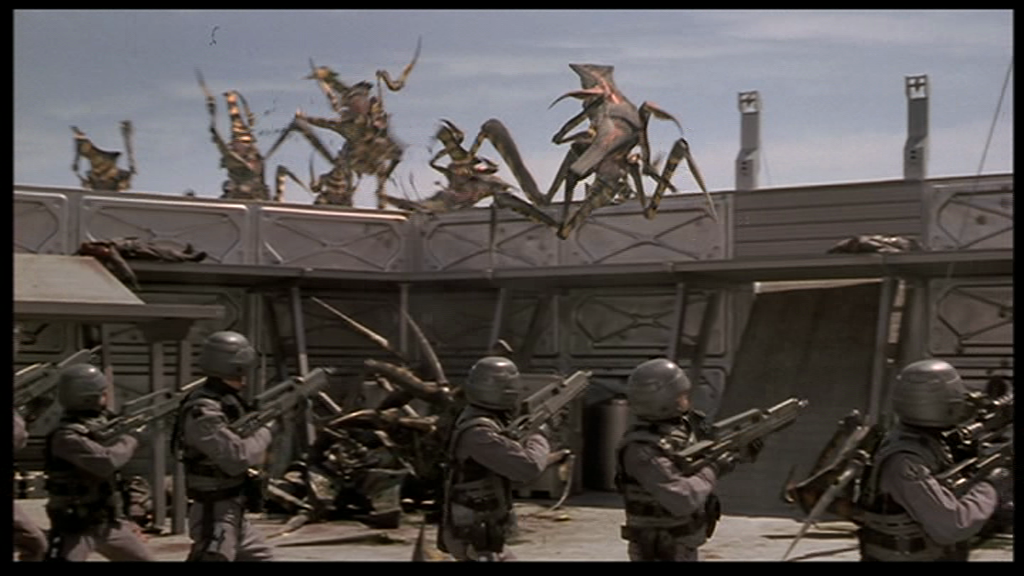