What title does Padmé Amidala have?

In the Star Wars prequels, Amidala is referred to by a few different titles which confused me a bit.

In The Phantom Menace, she is called "Queen Amidala" by many characters.

In The Attack of the Clones, she is "demoted" (it would seem) to "Senator Amidala" and she meets the current Naboo Queen, Jamailla (I think)

I've seen this issue mentioned before: 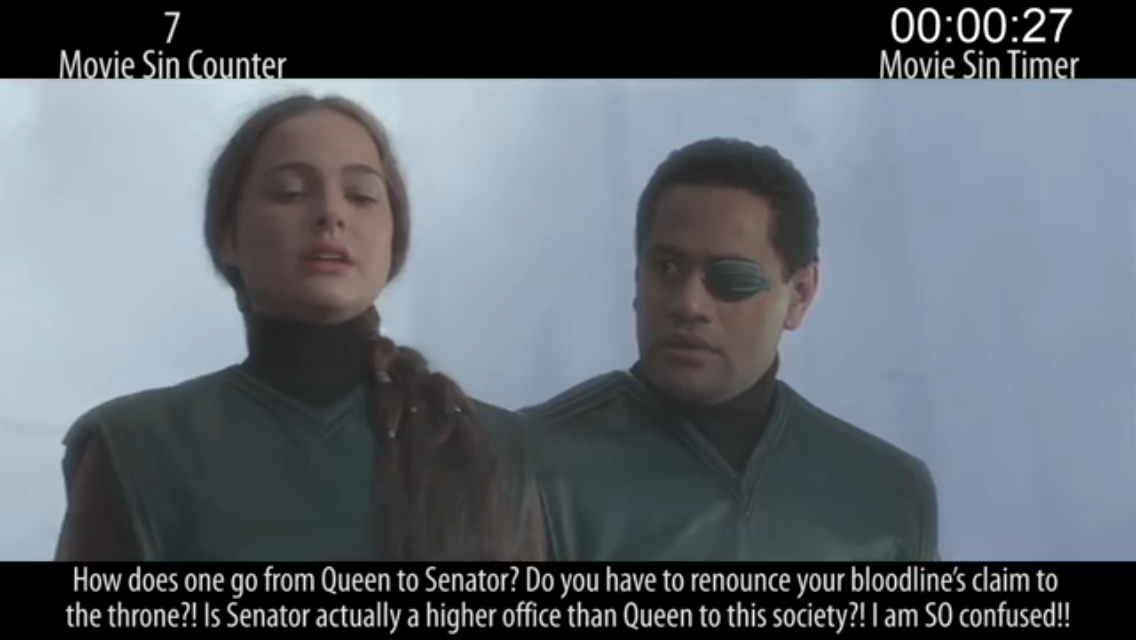 and, like the narrator in that, I was confused as well.

Does anyone know what the powers are in Naboo? Is there any canon evidence for this? It does say in the opening crawl from Attack of the Clones:

which would suggest that she abdicated as that is the only way (aside death) that a monarch can stop being the monarch.

Naboo doesn't have a kingship like we are used to, where kings/queens are bloodline royalty for life (or exile, natch). A preteen/teen is elected "Queen" (or King), and gives up the throne after some years. Two terms max, constitutionally limited.

She then was appointed Senator, a completely mutually exclusive event.

43
What changes were made to the Star Wars Blu-ray and what effect did they have on the plot?
31
How could Princess Leia remember her "real mother" a "little bit," when Padmé Amidala died in childbirth?
6
Who is killed in the assasination attempt on senator Amidala?
17
In the Star Wars franchise what causes the Sith to always have red light sabres?
35
Age difference between Anakin Skywalker and Padmé in the Star Wars prequel trilogy
4
Does Chewbacca have a real language?
3
What doubts does Sisters Aloysius have?
4
Why does Padmé cry during Order 66?
14
How does the title "Revenge of the Sith" suit the plot?