Why was "The Most Terrible Time in my Life" filmed in Taiwan?

A screen shot of the trailer of the film The Most Terrible Time of my Life (1993), (Japanese: Waga jinsei saiaku no toki, 我が人生最悪の時) starring Masatoshi Nagase, directed by Kaizô Hayashi (IMDB, Wikipeida, YouTube Trailer) shown below shows in the translated subtitles:

Filmed on Location in Taiwan; A Japan-Taiwan co-Production

Was the filming in Taiwan for visual reasons, or business, production, or plot reasons? 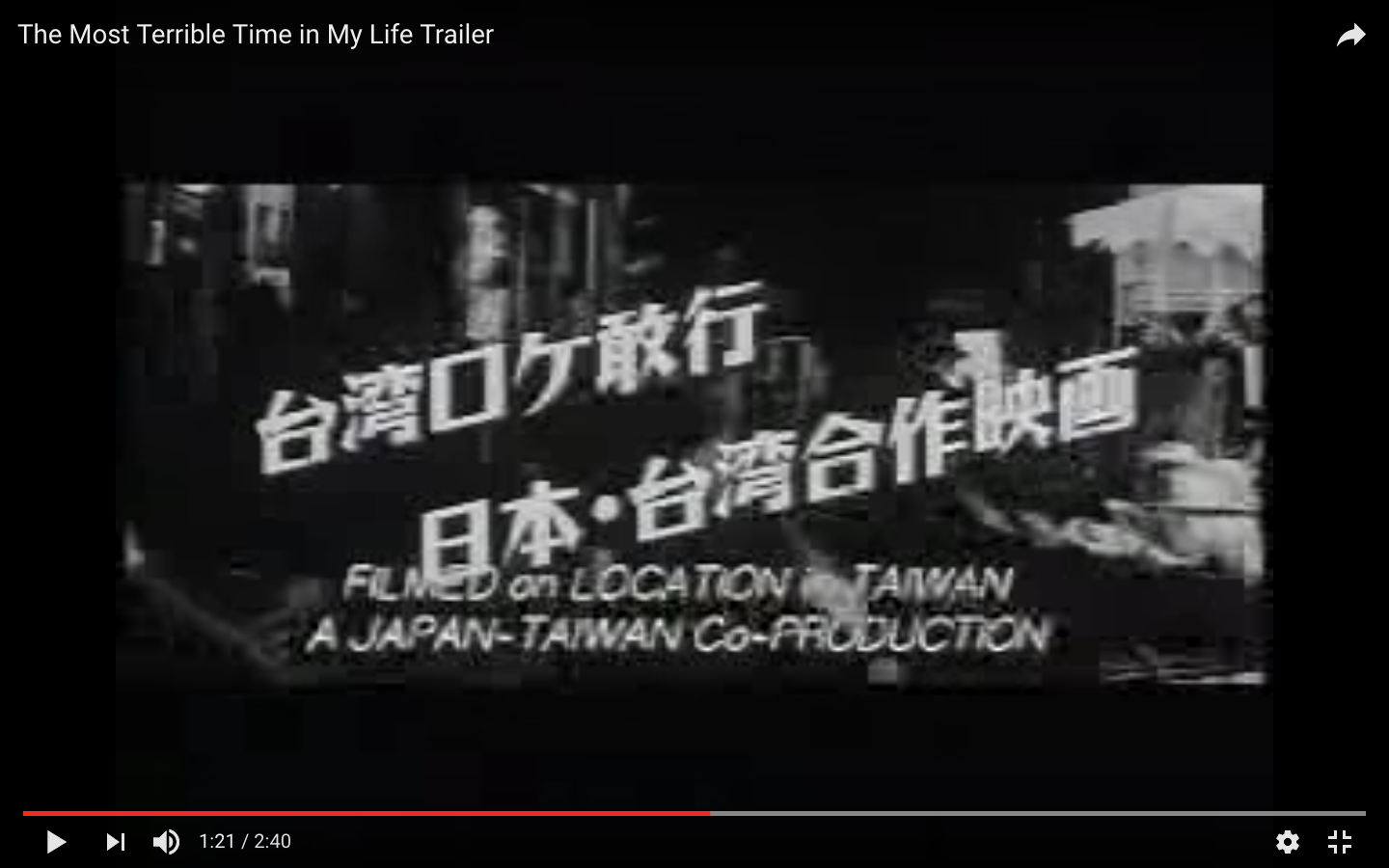 The book East Asian Cinemas: Exploring Transnational Connections on Film (2008, edited by Leon Hunt and Leung Wing-Fai) covers a lot of the background information for this film that might interest you (see Chapter 11 written by Theresa Geller). Regarding the location for filming, the book asserts that the film is a political allegory (p 177). It was shot in the 1990s when ties between the two countries were strengthening, despite protests from Beijing, and it was shot in the style of post-WWII film noir, evoking the period when Asia was dramatically re-structured. It was filmed with cooperation from the Taiwanese government.

You can read the entire chapter here.

Not the answer you're looking for? Browse other questions tagged production film-location most-terrible-time-of-my .