What happens with Tommy's gun in the Goodfellas?

In The Goodfellas, Tommy beats Billy Batts badly and then shoots him in the mouth. At this moment, the gun behaves weirdly: it fires, Tommy drops it and it explodes in pieces. The camera focuses explicitly on the gun in pieces dragging on the floor.

It may look like a continuity error or a strange timing on this action. Why does the gun behave like that?

A firearm must be clean to function properly and is not designed for use as a blunt weapon.

The way I interpret the scene is that the gun is damaged too badly to fire correctly. By some miracle the cylinder must have been bent in such a fashion that the pin hit the cartridge and discharged the bullet which then must have impacted the cylinder or the barrel-housing in such a way that it broke the weapon without outright exploding.

A sufficient amount of foreign material, in effect blood, could have produced the same result. Also, he was using a snub-barreled .32 which is a small caliber meant for concealment and reliability. I can't imagine a larger caliber would have discharged improperly without damaging the shooter and certainly break the weapon much more extensively.

Here are the images i used to identify the weapon, any experts feel free to correct me but I believe we are talking about a type of weapon infamously known as the Saturday Night Special: 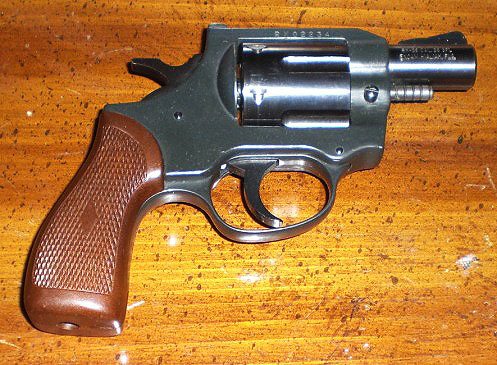 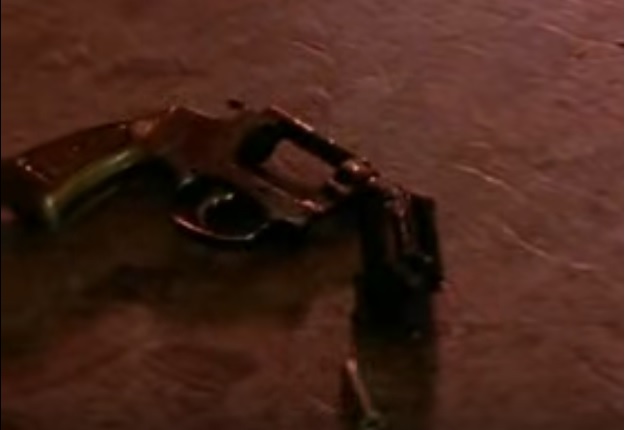 I also imagine this is how Billy Batts survived getting shot in the mouth, most of the bullet is lodged in the broken weapon and the energy was expended on breaking the cylinder out of the frame.

Not the answer you're looking for? Browse other questions tagged props goodfellas .