Were Captain Spaulding and Mother Firefly the biological parents of Otis Driftwood?

In The Devil's Rejects, Otis Driftwood refers to Baby as his sister and she does the same referring to him as her brother.

Otis: Are you staring at my sister thinking bad thoughts?

Baby: I'm your only hope, my brother's fucking crazy.

Baby refers to Mother Firefly as "mama" and Captain Spaulding as "daddy". However, Otis never refers to either one of them as "mom" or "dad" the way that Baby does.

According to the wiki page, Otis Driftwood was somewhat "adopted" by the family:

Otis was born December 23rd, 1929. He was horribly neglected and abused by his parents, who didn't even give him a name. He committed his first murder at the age of thirteen, presumably his parents.Tim Belyea was a drifter for much of his life, traveling over the country from Wilmington, Delaware to Hurst, Texas. In the small town of Ruggsville, he met Cutter (later to be known as Captain Spaulding), and was soon living with his new friend's family, whom he had renamed "the Fiknjrefly's". This family consisted of Cutter's girlfriend, who was then called Eve Wilson, whom Driftwood nicknamed "Mama Firefly"; Eve's two sons, Rufus and Tiny; and the daughter of Cutter and Eve. Vera-Ellen, with whom Otis formed an immediate bond and nicknamed "Angel Baby" and later just "Baby".

I don't recall any background information like this ever being revealed in the Devil's Rejects film or in House of 1000 Corpses, which was the previous film with the same characters. I am unsure of the validity of the wiki claims in regards to Otis' background.

Is Otis Driftwood the son of Captain Spaulding and Mother Firefly? Has Otis Driftwood's background story ever been mentioned in either The Devil's Rejects or House of 1000 Corpses?

NOTE @Valorum was kind enough to have discovered a "Wanted" poster of Otis Driftwood that he posted in the Mos Eisley chat room when we were discussing this topic a few days ago. This picture was released by the studio that includes his Birthdate and other personal information (it does not include his backstory as the wiki article claims to). This could explain where the wiki article got his Birthday and Birthplace. 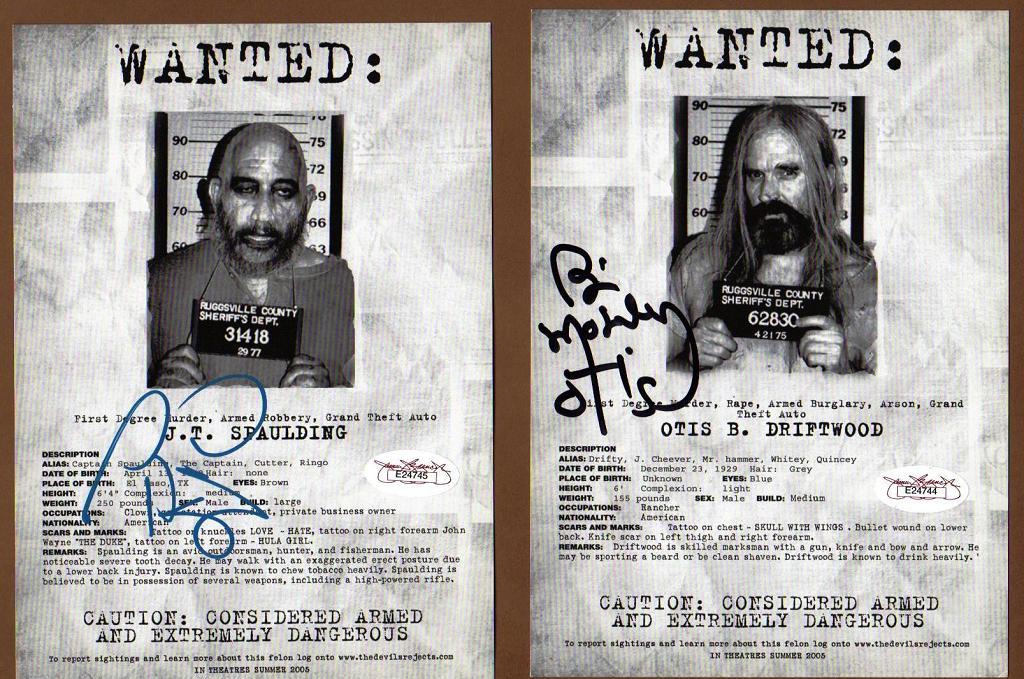 I am looking for CREDIBLE sources on Otis Driftwood's parents and backstory. I am happy to accept the wiki article if it is properly sourced.

Without them stating it in the movie or anywhere else, it could be assumed that they are not blood related, just referring to each other as brother and sister out of affection-my friend/my brother can mean the same thing.

Not the answer you're looking for? Browse other questions tagged character house-of-1000-corpses the-devils-rejects .