Why is sunlight not affecting the vampire here?

In Priest (2011), why is the sunlight not affecting the vampire in this scene?

I believe that character is Karl Urban's 'Black Hat' character: 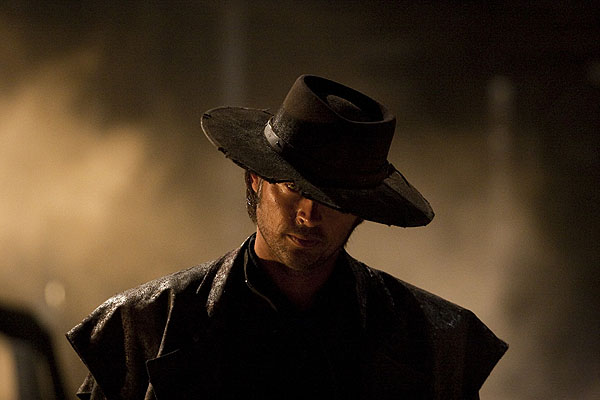 Black Hat is revealed as one of the Priests who was defeated in the final attack on Sola Mira and a close friend of Priest. After being captured, the vampire Queen gave him her blood, turning him into the first Vampire-Human hybrid who can survive the sun.

4
Why was Alex not killed?
9
What exactly is Billy Cole?
4
Why didn't Vlad make his wife drink his vampire blood?
3
Why did Bishop start burning in sunlight?
5
How did Van Helsing not turn into a vampire in the movie Dracula 2000?
3
Olivia Godfrey's reflection in the mirror
2
Why didn't Timothy turn into a vampire?
4
Why Priestess change her mind in planting the bombs?
3
If mermaids die in sunlight, how did Syrena survive?