Animated series about a woman who had a mechanical arm [closed]

I've been feeling nostalgic lately and have been searching for animated tv shows online which I used to watch as a kid in 1998 and 1999.

I only remember a little bit of information. It was about a woman who had a mechanical arm and had blonde hair (ponytail). She wore a sleeveless black top and long pants with boots which is kind of similar to Lara Croft's costume.

She was a skilled fighter and used to carry out dangerous missions which was assigned to her by her commanding officer or something. She had access to many gadgets as well. 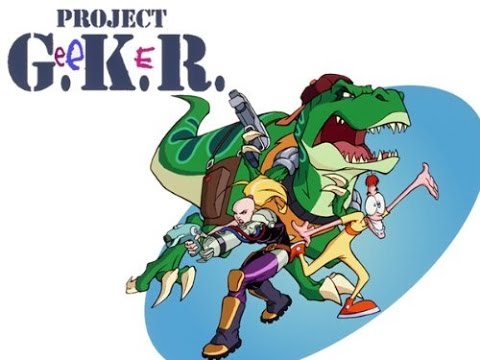 Set in the future, the show was based around a genetic shapeshifter experiment known as Project GKR (Geno-Kinetic Research), who had been stolen by Lady MacBeth (a short-tempered cyborg with a bionic arm) before he could get the programming he needed to be a deadly and powerful weapon at the hands of the evil Mister Moloch, head of Moloch Industries. Due to the lack of his final programming, "Geeker" is left to be a totally random, permanently salivating, four-fingered klutz. He only occasionally manages to use his powers to any full extent, a blessing and a threat to his friends and their enemies. Lady MacBeth and her partner-in-crime Noah, a green, baseball cap wearing intelligent Tyrannosaurus rex, must now prevent Moloch and Geeker's creator Dr. Maston from ever obtaining Geeker at all costs.

GeeKeR, Becky and Noah travel a hundred years into the future and discover that Mister Moloch has gained control of GeeKeR and used his powers to conquer the galaxy. Our trio find an extremely elderly Noah languishing in a cell, his mind addled by his long imprisonment. "Old Noah" gives them a few murky tips on how to foil Moloch's plan, and they return to the present to fight a seemingly doomed battle to change the course of future history and save the galaxy. 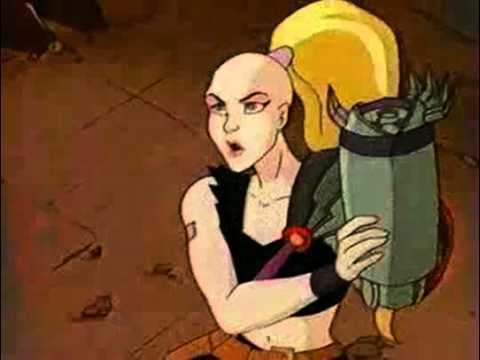 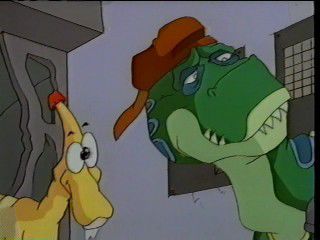