What is the meaning of "shingle" in this scene?

This is the scene where John "Trapper" McIntyre is made Chief Surgeon. I believe the other fellows were parading him around in celebration? They sing a song about him being a king, and state he needs a queen.

To this end he jokes that he'll take Houlihan as his queen by pointing at her. Hawkeye feigns misinterpretation and suggests he was pointing at Frank Burns.

This offends both Houlihan and Burns, who leave in a huff. Duke calls out an insult as they leave that suggests Frank Burns has forgotten his shingle: 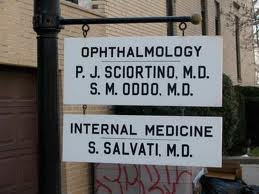 I believe this is part of the running joke where all the doctors question Frank Burns' skill.

The gloppy mess he is holding up is 'creamed chipped beef on toast, for which the slang term was "shit on a shingle' or in this case - shingle

Not the answer you're looking for? Browse other questions tagged plot-explanation dialogue m.a.s.h .

4
What was Captain Phillips trying to say?
10
Explanation of the ending of the episode "Kafkaesque" (S03E09)
5
What does Grimly's neighbor say to Lorne Malvo?
2
What does Werner Zytle mean with his final words in S03E01?
6
Does the Night's Watch have an obligation to House Targaryen?
10
In the season 8 finale of the X-Files, what is Alex Krycek's motivation in this scene?
26
What wise choice does Varys intend to make?
2
What does "carvers" and "cleavers" mean in a dialogue in the '6 Underground'?