What is the meaning of Gramp's word to Z?

In Antz, what is the meaning of Gramp's words to Z?

Gramps: You head towards the monolith.

Gramps:Ten clicks past the great canyons to the land of red and white.

Ten clicks past means what? To my knowledge, clicks means mouse clicks.

I didn't get what red and white means. 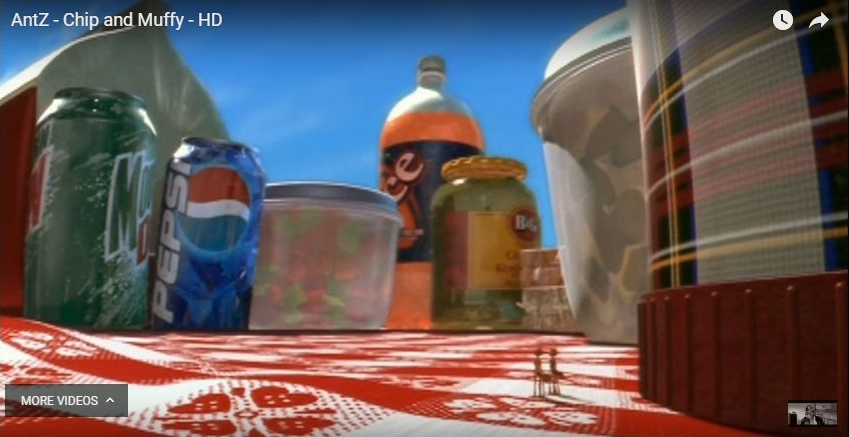 As for clicks it's a military term usually meaning "kilometers" *.

* Thanks to @Longshanks for the link

Obviously, in this case it's probably not meant as actual kilometers but rather just to indicate that Gramps has military way of speaking.

There is a Wikia which refers to him as a "Drunk Scout" so a military background seems reasonable.