Were there spaghetti westerns with a 'Man with no Name' before the Leone (non)-trilogy?

Is the man with no name the same character?

and specifically, this answer, I began to wonder about precursors of the 'Man with no Name' character, played by Clint Eastwood in the epoynmous trilogy of Sergio Leone's films (The Good, the Bad and the Ugly; A Fistfull of Dollars; For a Few Dollars More).

Are there similar characters in earlier Leone films, or in earlier Spaghetti-western(-like) films which inspired Eastwood's character or which could be said to have 'developed' into it?

I have at least a partial answer myself (even though I'd like to hear others):

The direct inspiration for the Man with No Name character seems to have been the character of Sanjuro Kuwabatake, in the film Yojimbo: This is a samurai film by Akira Kurosawa, with the character played by Toshiro Mifune. 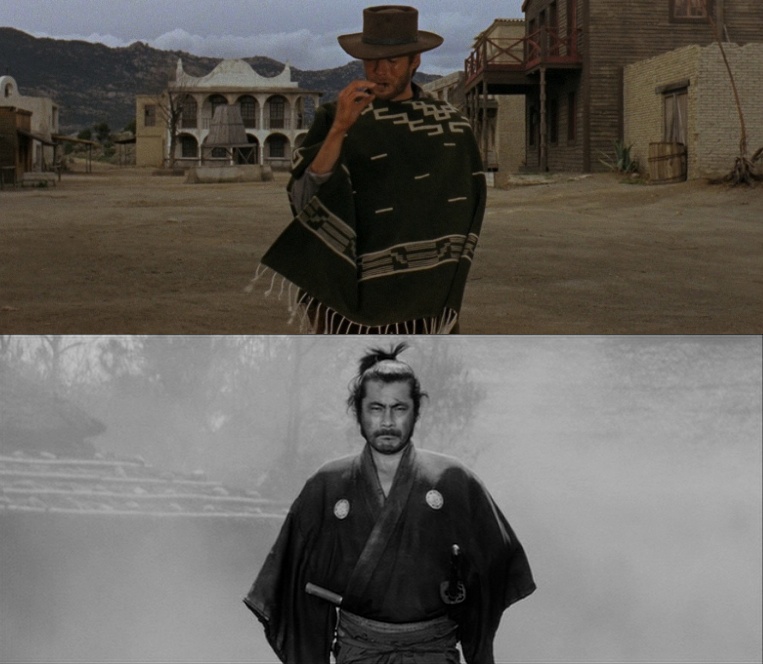 This character, in turn, was supposedly inspired by The Continental Op, a private investigator in the fiction of US author Dashiel Hammett; in his 1929 US novel Red Harvest, he exhibits a similar behavior to that of the Man with No Name and Sanjuro - plays both sides of a conflict in a town, supposedly switches allegiances but actually being more concerned with justice etc.

Of course, that does not tell me whether or not there were Spaghetti Westerns before 'For a Fistfull of Dollars'.

Not the answer you're looking for? Browse other questions tagged character western clint-eastwood sergio-leone .

43
Is the man with no name the same character?

12
Sergio Leone's Spaghetti Westerns: English or Italian?
5
Who is this man changing the name of Little Dice to Li'll Z?
15
To which degree were Spaghetti Westerns influenced by Italian Neorealism?
43
Is the man with no name the same character?
9
Dar Adal and Peter Quinn: "Dirty old man"?
24
Is Captain America back with Iron Man and the Avengers?
21
Who were the other two heroes with Superman in the newspaper article who left?
7
Dr. Strange's preoccupation with time before being entrusted with the Time Stone
3
How did they end up with the name "Night Monkey"?