Why does police software look like video games in movies and tv? [closed]

While many times technology is depicted as needed to embellish the story or further the plot, there are certain occasions that what is shown on screen is just fake, with no real reason. One example is the user interfaces in all police software, which are like video games. On the other hand, real police software look like what you expect them to look like 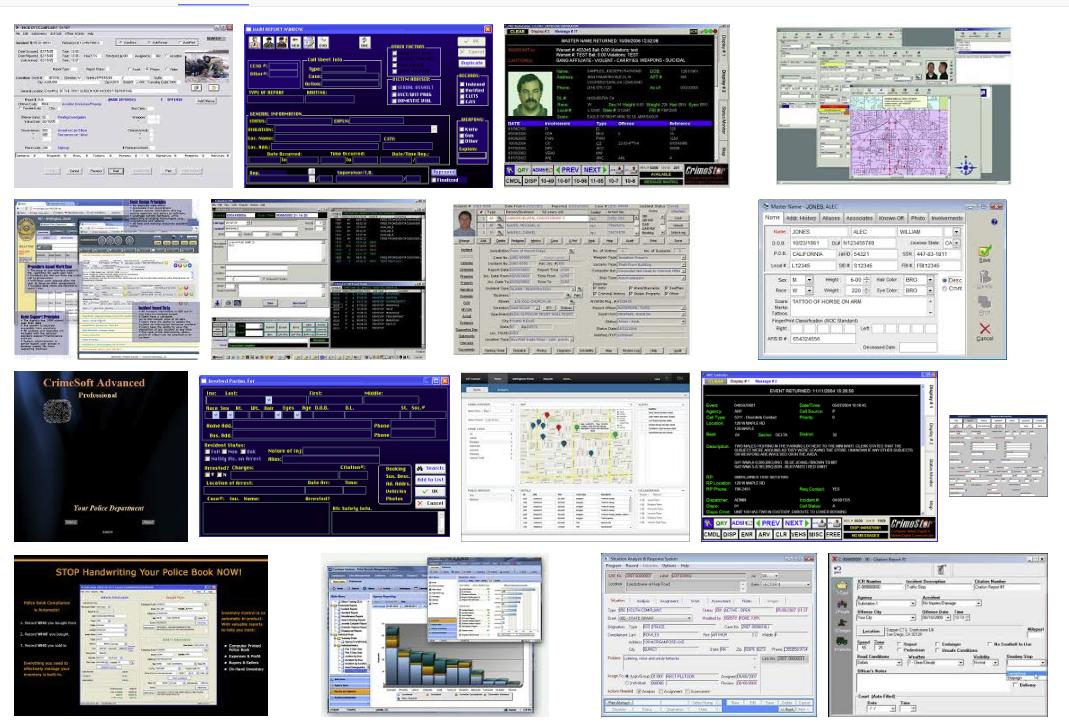 This, and other examples happen in otherwise well thought productions. Conversely, there is no such inaccuracy in other objects, i.e. chairs look like regular chairs. Is there a specific reason that user interfaces are so misrepresented?

Disclaimer: The question was heavily edited to make it on topic.

Well, with the changes to your question it is simply that what you expect things to look like and what the filmmakers are constructing for what their audience will accept that things look like just aren't the same standard.

Am on my mobile right now... I'll leave the original answer until I can re-evaluate it when I'm at a proper keyboard.

Heh - I chuckled at that "they used SQL to corrupt the database" line too. But hey, the movie still managed to make almost half a billion dollars.

In short, movie makers are not trying to document the world. They are constructing a narrative. The conditions for satisfying a "plausible" fiction are much less stringent than, for example, satisfying a plausible account of the world before a judge and jury. What matters is not so much "is this how it actually happens" as what they think will be intelligible enough to be entertaining to the average ticket buying audience member.

Think of the movies as an "enhanced" experience that doesn't require critical analysis - they are just entertainment. The "suspension of disbelief" is a core requirement for simply believing that intermittent images which are in sync with audio are representing something real:

“The phrase ‘suspension of disbelief,’ ” noted the columnist Alan Nathan in The Washington Times, “is a literary term of art referring to one of Aristotle’s principles of theater in which the audience accepts fiction as reality so as to experience a catharsis, or a releasing of tensions to purify the soul.”

...in Aristotle's conception, this "suspension" required a willing participation on the part of the audience.

Sure, it can be intellectually rewarding to watch a movie that intelligently constructs a believable world filled with all the details you know to be accurate. Will this extra attention to detail "enhance" the profits made from the film? Maybe not so much. Also, it is not always so easy to portray what goes on with computation and technology, so filling up the screen with windows to indicate lots of stuff being done is just an economy of visual storytelling. You could think of it like how car dash lights magically light up the actors faces while they are driving at night... We know it's not really like that, but not everyone understands the limitations of exposing an image with film or digital cameras. It doesn't look like a normal car environment, but it does the job of showing the actors faces.

At their foundation, most film makers are only striving to construct a compelling lead character, a believable world and interesting side-characters. It might break the "fourth wall" momentarily to rely upon cliche, but that bump in the train track usually won't throw the engine off the rails. Also, consider that a real room has six "walls" if you include the ceiling and foundation, and yet four walls are adequate to construct a "room". Even with a good "foundation" a comfortable room without a "ceiling" won't stop a technologically sophisticated skeptic from "raining" on the movies parade. Even then, some people don't mind the rain... ;)

Consider also that a technologically sophisticated documentary like "Zero Days" has to rely on visual metaphors to make their narrative compelling. For example, 1's and 0's are the most common metaphor for digital signals, yet nowhere in digital signal processing is there an actual stream of ones and zeros, just electrical impulses. Short answer, electrical engineering just isn't as sexy as waving your hands over a keyboard, hearing some clicking sounds and seeing the character you are sympathetic towards say, "enhance..." The magic factor granted technology in movies also plays into a desire on the part of movie going audiences to live in a world where technology is indeed magical.

As the saying goes, "there are 10 kinds of people in this world: those who sweat the details to understand binary, and those who don't."

6
Why do cars in movies set in earlier eras always look brand new?