Is Honey, I Shrunk the Kids scaled correctly?

However, is everything scaled correctly (i.e, consistently)?

I don't think they scaled everything correctly.

From science of scale :

There is a logical contradiction between two claims made by the film: 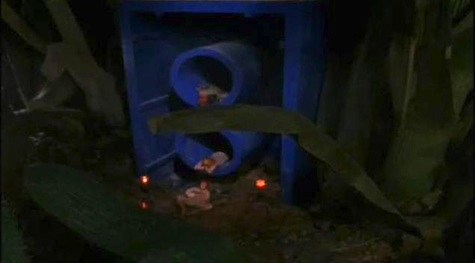 The Lego in question appears to be a standard 2×3 brick (Lego element ID 300223), which the protagonists use as a safe-haven before being attacked by a giant scorpion.

If we assume that the block in the film is in fact a genuine Lego, and not some generic copy, the brick should be 23 mm tall when standing upright. Assuming Nick is in fact 19 mm tall as he claims, the brick he discovers in the film appears to be closer to 60 mm tall. This is about the size of a 2×8 brick, clearly not the one used in the film.

The next discrepancy we looked at was the relative size of “Aunty,” the ant they tame and then subsequently use as a mount. While ant sizes vary, the one in the film appears to be a little over five times as long as Nick is tall. This would place the ant at a little over 100 mm long. Considering the largest ant currently known (the fossilized Titanomyrma giganteum) was only 60 mm long, the ant in the film is unbelievably large.

Just a note from quora.

The machine is described as removing much of the “empty space” between atoms. This means that you would become smaller and denser but not lighter! This creates lots of issues.

Not the answer you're looking for? Browse other questions tagged realism honey-i-shrunk-the-kids .

33
In the movies - Do wire transfers really work?
2
Other Species' Lifespan Compared to Lions'
7
Was the depiction of the police's reaction in the shootout accurate to how real police would behave?
3
Do teachers in kindergarten schools prepare kids to sleep?
9
Was there a scene in Honey I Shrunk the Kids where Nick talked about the size of his database?
48
Are scorpions frequent in US suburb gardens or is this a plot exaggeration?
6
Why are there kids above 6 and in school
1
Does the sound of a gun fired in a large room actually take time to “die”, as told in “Prison Break”?