What is the name of this effect used in Flags of Our Fathers?

In this scene from Flags of Our Fathers, the top and bottom parts of the image are a little darker when compared to the middle portion of the scene. (I marked it with yellow lines)

What is the name of this effect?

Later, the word came to be used for a photographic portrait which is clear in the center, and fades off at the edges. A similar effect occurs when photographing projected images or movies off a projection screen, resulting in a so-called "hotspot" effect.

Vignetting is often an unintended and undesired effect caused by camera settings or lens limitations. However, it is sometimes deliberately introduced for creative effect, such as to draw attention to the center of the frame. A photographer may deliberately choose a lens which is known to produce vignetting to obtain the effect, or it may be introduced with the use of special filters or post-processing procedures. 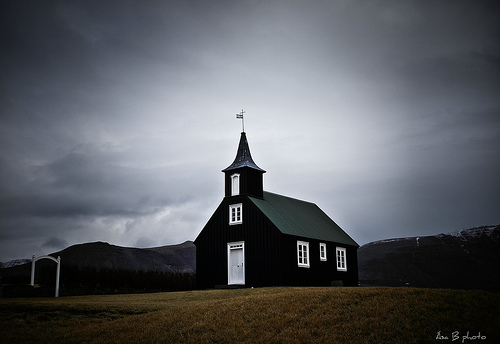 Not the answer you're looking for? Browse other questions tagged film-techniques flags-of-our-fathers .

4
Why the yellow-orange tinting of the entire movie?
7
Lighting during a night scene
8
What is the point of selling in 2.35 format a movie recorded in 1.85 format?
8
Hair changes in The Book of Life - What's this called?
4
Why can we hear Lisa's bracelets?
8
How to go about a dialogue scene when it comes to the actors speaking?
9
What is the name of this film editing technique?
3
What is the name for a film that sets up another film?
0
Why do these shots from a 2005 Doctor Who episode look blurry?