In What Women Want, we are informed in the beginning of the movie that when Nick was a child, Nick's mother (who was a Vegas showgirl) and all of her showgirl friends absolutely adored him and how he had all of them wrapped around his finger.

When we see Nick at present day, there are two older women who are constantly fawning all over him and complimenting him every time we see them. Nick only refers to them as "girls" or "ladies" 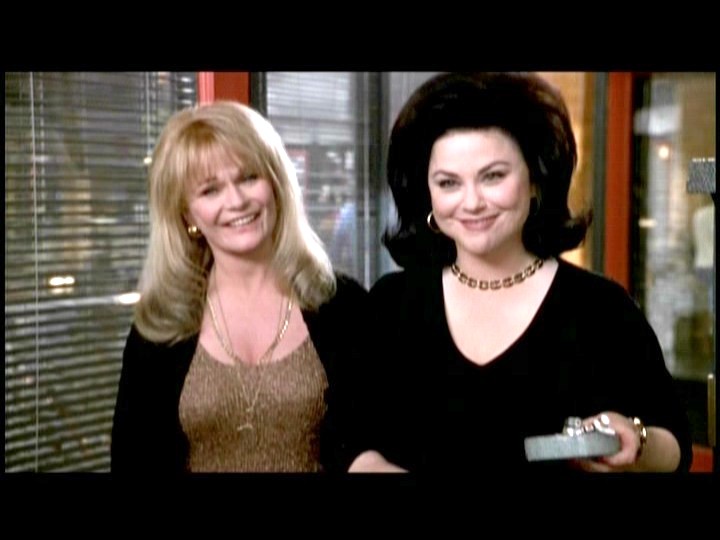 Are one of these women Nick's mother?

Mel Gibson (who plays Nick Marshall) was born in 1956, making him 44 years old at the time this movie was released.

Valerie Perrine (Margo) was born in 1943, making her 57 years old at the time the movie was released.

I don't recall anything in the movie to suggest any of these characters are significantly older or younger than the actors who portray them, which would suggest to me that no, neither of these women is intended to be Nick's mother. Margo would've had to give birth at the tender age of 13 for that to work out (which adds a whole new layer of cringe onto an already cringeworthy film.)

Also, movies are not generally shy about announcing who's related to whom (unless it's a major plot twist,) so if either of these characters were intended to be his mother, I would have expected him to call her "mom" at some point.

Putting aside what we know about the ages of the players (I'm sorry - that information is inadmissible for the purposes of determining character age and relationship), you shouldn't have to look any further than the fact that he refers to them as 'girls' and or 'ladies'. No man would talk to his mother like that, even one as base as this character.

Not the answer you're looking for? Browse other questions tagged character what-women-want .

3
Were Captain Spaulding and Mother Firefly the biological parents of Otis Driftwood?
3
Why does Petyr turn Nick (instead of just killing him)?
12
How did Nick Fury lose his left eye?
6
Symbolism in the film "Mother!"
5
Why is Eve portrayed as manipulative and outright rude?
4
Why is Eve so sure about Father Kinley going to hell?
4
Is Arthur's mother evil?