Who are all the children in X-23's gang?

In Logan, We see a group of new generation mutant kids who accompany X-23 in final battle and they have powers like, electricity, telekinesis, telepathic link with plants etc. But are they just random made for film characters or some prominent characters from X-Men comics?

The only direct reference character in the group is the one referred to as "Rictor", clearly based off of Rictor (Julio Richter) of the New Mutants/X-Force.

In the comics, Rictor has identical powers (so far as we see in the movie), that allow him to generate shockwaves into any object he touches, allowing him to control the earth to a limited extent. 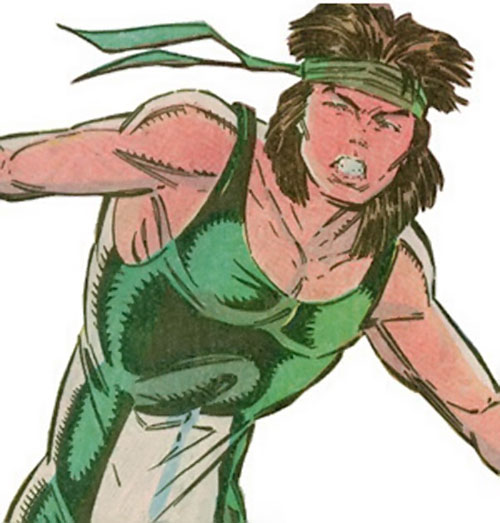 In his file, we see that Rictor's genetic donor was Dominic Petros, another mutant from the comics. While we never see him in the movie, the comic version of Avalanche has the ability to generate shockwaves from his hands that he can send through the air and into the ground. Similar powers, but not identical to Rictor's.

The other children named include Gideon, Bobby, and Charlotte

There are X-Men related characters with those names, but we never see them identified on screen to match powers.

Not the answer you're looking for? Browse other questions tagged character x-men-cinematic-universe logan .