Was Lego Batman the only Batman with a seemingly sentient computer?

I don't recall other incarnations of Batman owning an AI computer.

Was Batman's computer in the movie, Lego Batman the only one of its kind?

Your comments clarified that you considered artificial intelligence to mean "able to understand spoken language". The most famous Batman computer that does this is the Batcomputer. While in the Adam West Batman series, it worked off of punch cards, more modern incarnations use speech recognition and are programmed to have a personality. For instance, it snarkily replies to Batman's spoken requests in the 2013 TV series Beware the Batman.

The 1990 comic miniseries Batman: Digital Justice, set at the end of the 21st century, shows a completely self-aware and sentient (i.e. capable of feeling) computer that was programmed by the late Bruce Wayne. This version is far more advanced than any portrayal of the Batcomputer and is more or less human, aside from what it is made out of. Batman also fights against a completely sentient computer virus created by the Joker. 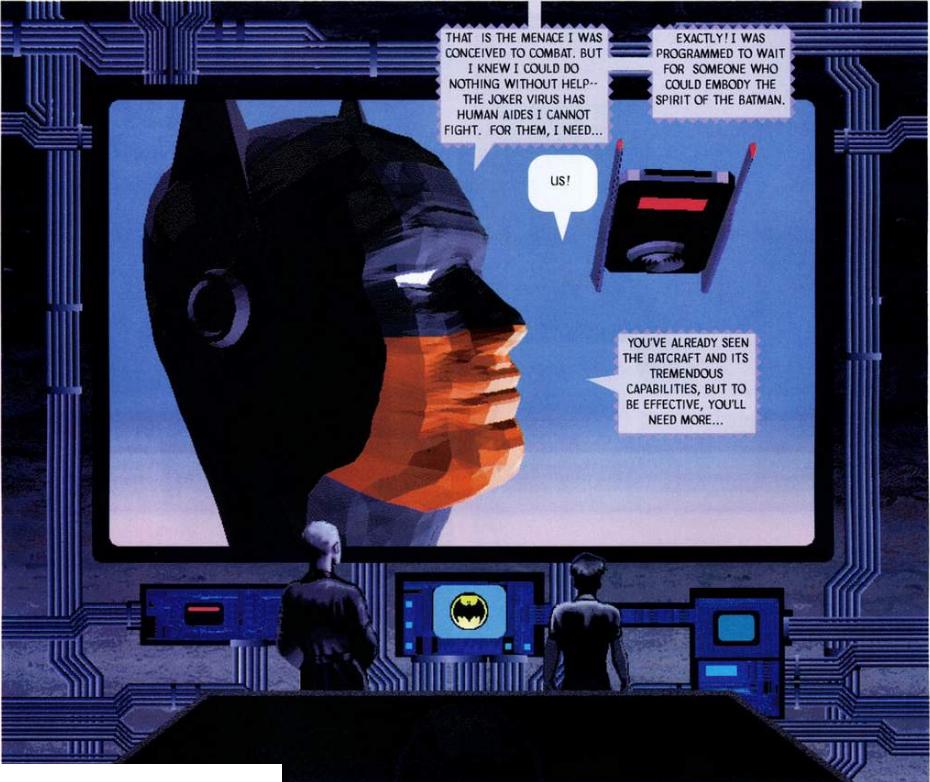 Batman's computer in Lego Batman is actually voiced by Siri, Apple's digital personal assistant. As of February 2017, Siri will respond with several Batman-related responses if you say "Hey 'Puter" like he does in the film: 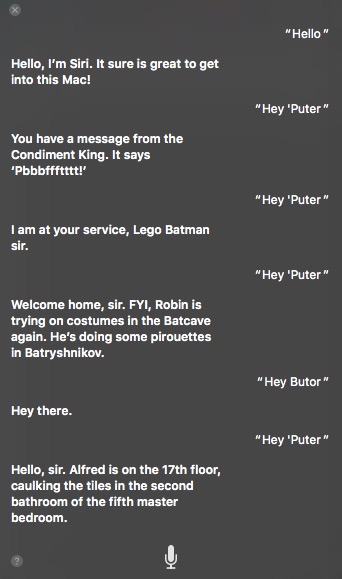 Not the answer you're looking for? Browse other questions tagged analysis the-lego-batman-movie .

14
Is Independence Day a comedy spoof?
13
Why is she calling him a loser?
6
What are the implications of Emmet's autonomous movement?
3
Does the cats' anthropomorphization have any implications for our human reality?
11
Why did some people feel Lonely Are the Brave was “brutal” and “sadistic”?
19
How did The LEGO Batman movie get away with using characters from many different franchises?
8
What answer can take care of all their questions in Casablanca?
5
In The Lego Batman Movie, why did the Justice League not offer to help?