What happened to the X-Men in Logan?

In the movie Logan, they hint at the fact that the X-Men are no more because something happened. While initially Professor-X asks Logan "What did you do?" later he's seen repenting doing something that may have caused the death of the X-Men.

What is it that happened to the X-Men according to the film Logan?

PS: I know how the story goes in the original comic - Old Man Logan. While there they explain what happens exactly, I'm interested in knowing what happened to the X-Men in the film world of Logan.

We do not know what exactly happens to the X-Men in "Logan". The closest we are told is the radio news report saying that a year before the events of the film, the Westchester event consisted of 600 people paralyzed, and 6 mutants of the group known as the X *Logan Turns off the Radio*....

We know that mutants have become a negative population, having had no natural births in 25 years. Since the idea behind the X-Men is to protect the interests and lives of a threatened minority, it is very difficult to do as the population dwindles. Less mutants means less need for the X-Men to exist. We also know that the X-Men have a sort of nostalgic celebrity status, from the previous decades in the film. Between this, we can only assume that Xavier's school, and his X-Men, have become obsolete and likely are not active. After the Westchester event, Wolverine immediately took Charles and hid him away for his (and everybody else's) own good.

But all this tells us is that some mutants died, maybe part of the X-Men. The rest could still be active, busy or have disbanded.

Keep in mind that "Deadpool" shows us that Xavier's school and the X-Men are active 13 years prior to the "Logan". And also makes Negasonic Teenage Warhead one of the last mutants born before the genetically engineered corn-syrup kicked in. It also means un-natural mutants can continue to be created via Francis' methods ala Deadpool.

Update: They had scripted a flashback scene showing the Westchester Incident but it was cut without filming. It's likely that we will find out when a copy of an earlier draft gets leaked, as that often happens. For now they will keep it intentionally vague.

Xavier killed them. It's easy to put 2 and 2 together. As said above the radio report talks about 600 people being paralysed and 6 mutants are heavily hinted to have died. Later Xavier starts to cry saying he's done terrible things and on multiple occasions through the film Xavier has a seizure and causes everybody nearby to be paralysed. The film heavily hints that Xavier started to have seizures and his seizures caused the Winchester event and the deaths of some X-Men which will be why Logan whisked him away somewhere isolated where his seizures can't hurt anybody else.

As I answered over at SFF:

Undoubtedly, it was Charles Xavier

According to the recently released screenplay for Logan, Charles remembers that he was the one who caused the incident at Westchester. He confesses it to 'Logan' in his dying moments: 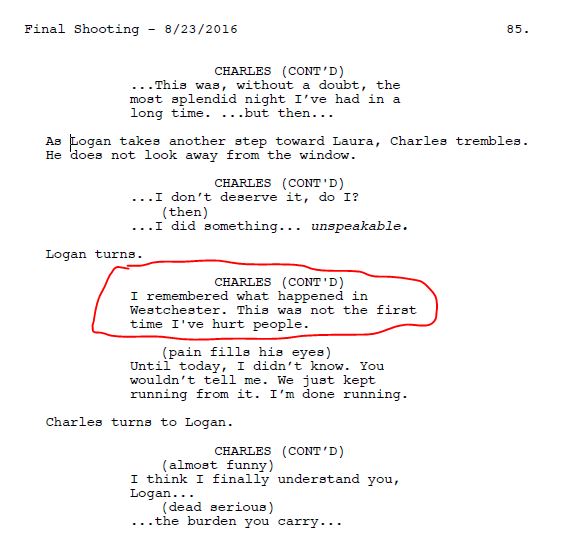 ...This was, without a doubt, the most splendid night I’ve had in a long time. ...but then...
As Logan takes another step toward Laura, Charles trembles. He does not look away from the window.
CHARLES (CONT'D)
...I don’t deserve it, do I?
(then)
...I did something... unspeakable.
Logan turns.
CHARLES (CONT'D)
I remembered what happened in Westchester. This was not the first time I've hurt people.
(pain fills his eyes)
Until today, I didn’t know. You wouldn’t tell me. We just kept running from it. I’m done running.

Earlier in the movie, it is confirmed that the 'Westchester Incident' caused the deaths of 50 people (most likely Mutants). 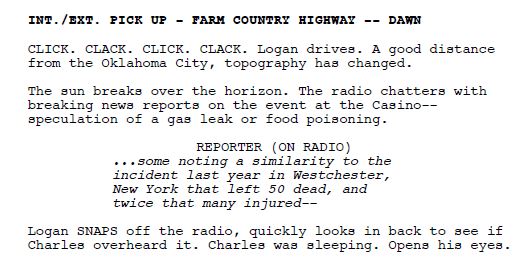 The sun breaks over the horizon. The radio chatters with breaking news reports on the event at the Casino-- speculation of a gas leak or food poisoning.
REPORTER (ON RADIO)
...some noting a similarity to the incident last year in Westchester, New York that left 50 dead, and twice that many injured--
Logan SNAPS off the radio, quickly looks in back to see if Charles overheard it. Charles was sleeping. Opens his eyes.

You can hear the radio in the pickup truck that compares the hotel incident to the Westchester Incident, coupled with Logan's reaction to the story and his not wanting Charles to hear it tell us that it was indeed Charles.

Professor Xavier killed them while having a seizure at the X-men mansion/school in Westchester, New York. This is referred to in the movie as The Westchester Incident, and Professor X remembers it in the scene after the hotel seizure, when he's talking to X-24 thinking it's Logan:

I did something. Something unspeakable. I've remembered what happened in Westchester. This is not the first time I've hurt people. Until today, I didn't know. You wouldn't tell me. So we just kept on running away from it. I think I finally understand you.

And the radio references it earlier in the movie, describing it as an incident that left 500 injured and several dead, including "members of the X-" before being cut off.

Director James Mangold confirms it in an interview with Coming Soon:

CS: A pivotal course change for everybody, but especially for Professor X, was this incident that we never see, where he sort of accidentally kills a lot of people and a lot of mutants in Westchester having one of his fits.

Further, he states it was originally written as the opening scene of the movie, but it made the movie about the death of the X-men rather than the story of Logan and Charles, so he left it out.

17
Does Professor X have any responsibility for the state of the world?

15
Has the continuity timeline been established for the new X-men movies?
2
What happened during the adult scene in "300: Rise of an Empire"?
13
Why did Logan turn back to that specific time in the future
7
What happened to Magneto after the past changed in X Men Days of Future Past?
8
Explanation on the condition of Wolverine
5
What happened to the rest of the world?
10
What happens to the X-gene?
18
Is Eden real in Logan?
9
What is happening to Logan?