Why Cheese Box may contain nuts?

In Wallace & Gromit: The Curse of the Were-Rabbit (2005), Gromit gave this cheese box to Wallace to cover his private part before Her Ladyship. 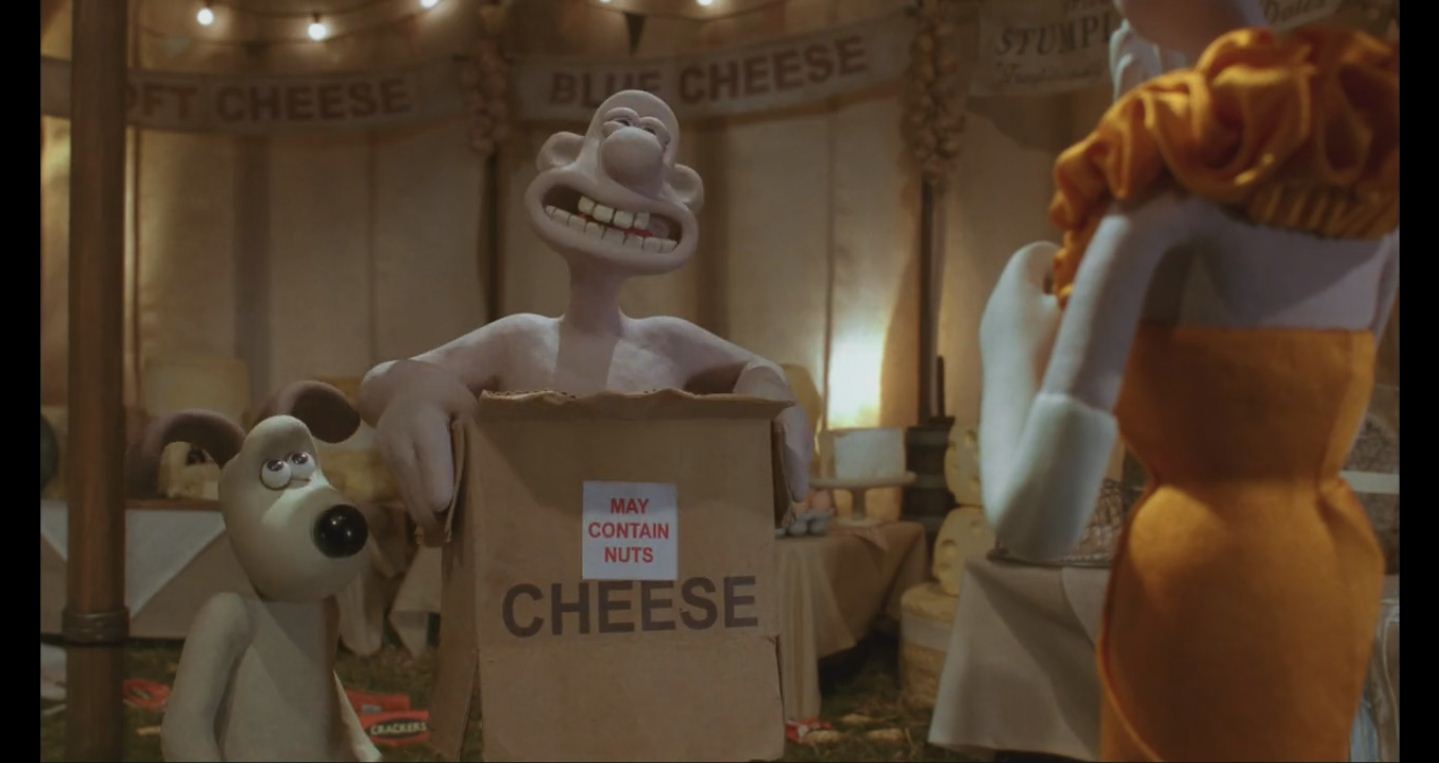 But this Cheese Box is labelled "May Contain Nuts"

Why would a Cheese Box be labelled as "May Contain Nuts"?

It's a joke (for the most part)

Firstly, the "May Contain" is a common warning in many countries by manufacturers to indicate that not only might the product actually contain allergen items but also that the allergen may have entered the product accidentally ... usually as it was manufactured in the same plant where the allergen was being used.

Manufacturers often use phrases such as 'may contain' to show that there could be small amounts of an allergen for example milk, egg, nuts etc. in a food product because it has entered the product accidentally during the production process.

It's not a legal requirement to say on the label that a food might accidentally contain small amounts of an allergen, but many manufacturers label their products in this way to warn their customers of this risk.

But secondly, and perhaps more importantly, nuts is used as a double entendre to imply testicles since Wallace is naked in the box....or perhaps that Wallace is just a little crazy (nuts).

If the law requires potential allergens to be declared, then listing as many possible allergens as they can on each product covers them -- they won't be sued if one piece of nut ends up in the box and someone chokes on it.

This, of course, defeats the purpose of the law -- by "crying wolf", no one knows anymore which products contain what allergens. I believe these laws will be strengthened in the future; after people get used to the current system.

Not the answer you're looking for? Browse other questions tagged plot-explanation the-curse-of-the-were-rabbit .

4
Why does Jesse act this way in the Final Season?
24
Why didn't Elizabeth get cursed?
4
Who was Morgan Freeman writing the letter to?
2
Significance of Mei's tea box?
5
Why was Flor displeased with the decision of her daughter attending the private school?
5
Are the remains of Kang's daughter moved?
1
What is Wallace's true motivation?