What fighting style does Neo use while sparring with Morpheus?

The question Why Neo's confusion between Jujitsu and Kung Fu? asks about why Neo seems confused about fighting styles being downloaded into his brain.

Immediately after the scene where Neo tells Morpheus "I know Kung-Fu," they enter the sparring program and Morpheus tests Neo's fighting ability.

What fighting style is Neo actually using while sparring with Morpheus?

The specific scene I am referencing is below:

It was a good question, and here is what I found out, thanks to your question.

The martial art action sequence director here for this scene was Yuen Woo-Ping as you can see in this behind the scene shot of this shoot. 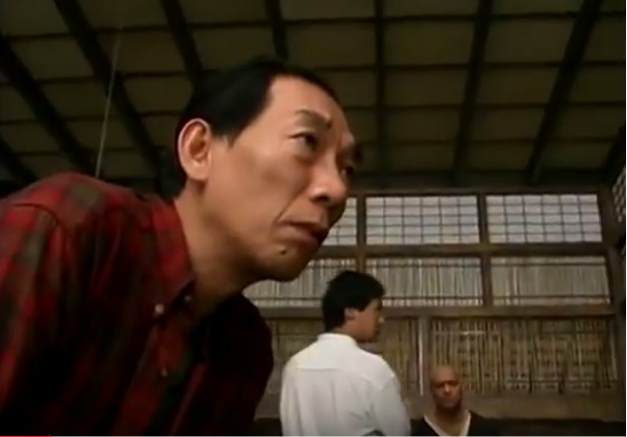 Here is what he says in his interviews regarding the martial arts sequences in The Matrix:

The cast was undergoing rigorous training in kungfu and wirework, while at the same time Woo Ping was choreographing fights and action sequences, video camera in hand, experimenting with angles and techniques. Woo Ping says, "Larry and Andy are very serious directors and they have high expectations for the movie. I am the same way, and so the three of us work very well together. Laurence and Keanu are also very good to work with. Keanu was very dedicated to doing his kungfu and serious about the job. He's a perfectionist."

"Woo Ping's very cognizant of what looks good and what looks bad and being able to teach that. His fight choreography is so inventive, and it's fun. But it's not silly, it looks like fights. He really wants an authenticity to his choreography."

Notes Keanu, "Woo Ping can teach us so many things and show us, but he does also want to see your style. He says -- I want to see Keanu's style - I say, I don't want to see my style, I want your style! I've been trying to incorporate some of the stunt guys' stuff, from Chen Hu and Dion, and incorporate it and create my own style. So that's what's great, Woo Ping doesn't just put it on you, it's very organic and collaborative."

"The reason that Woo Ping can tell the story and convince -- why this man wins over the other man, why the good guy wins over the bad guy - is that style wise, one overcomes the other. Every specific move Woo Ping designs always has a reason."

Here is also a sequence of Tai Chi for your reference:

Thus, my answer here is: This wasn't a singularly particular style. It was choreographed specifically with the Wachowski Brothers by Woo-ping. But this action sequence has more of Tai Chi in it as he is mainly or originally a master of Tai Chi. From the above YouTube link you can also verify the marked similarities of the movement and stance taken with the one you have shared.

21
Why the confusion between Jujitsu and Kung Fu?