In one scene of Beowulf, Hrothgar commits suicide by jumping.

But the waves of the ocean take him and there is a yellow glowing happening with the dead body.

Angelina Jolie's character, Grendel's mother, is associated with golden skin/scales. This could mean one of several things:

She's also very interested in what happens to Hrothgar/Beowulf and the moral of both of their stories is that they repaid their debt by dying.
In some way, Grendel's mother must benefit from it; presumably in a "deal with the Devil" type of pact where Hrothgar/Beowulf get benefits in their current life at the cost of their future. Both men were looking for glory and greatness, and they both made the mistake of not considering what it cost them.
The story very much hints at this, because Beowulf only realizes his mistake when he realizes Hrothgar had suffered the same fate.

I don't think it's ever truly explained (at least in the movie itself), but it's intended to be a foreshadowing of the "golden demon" that Beowulf will meet and make a pact with. 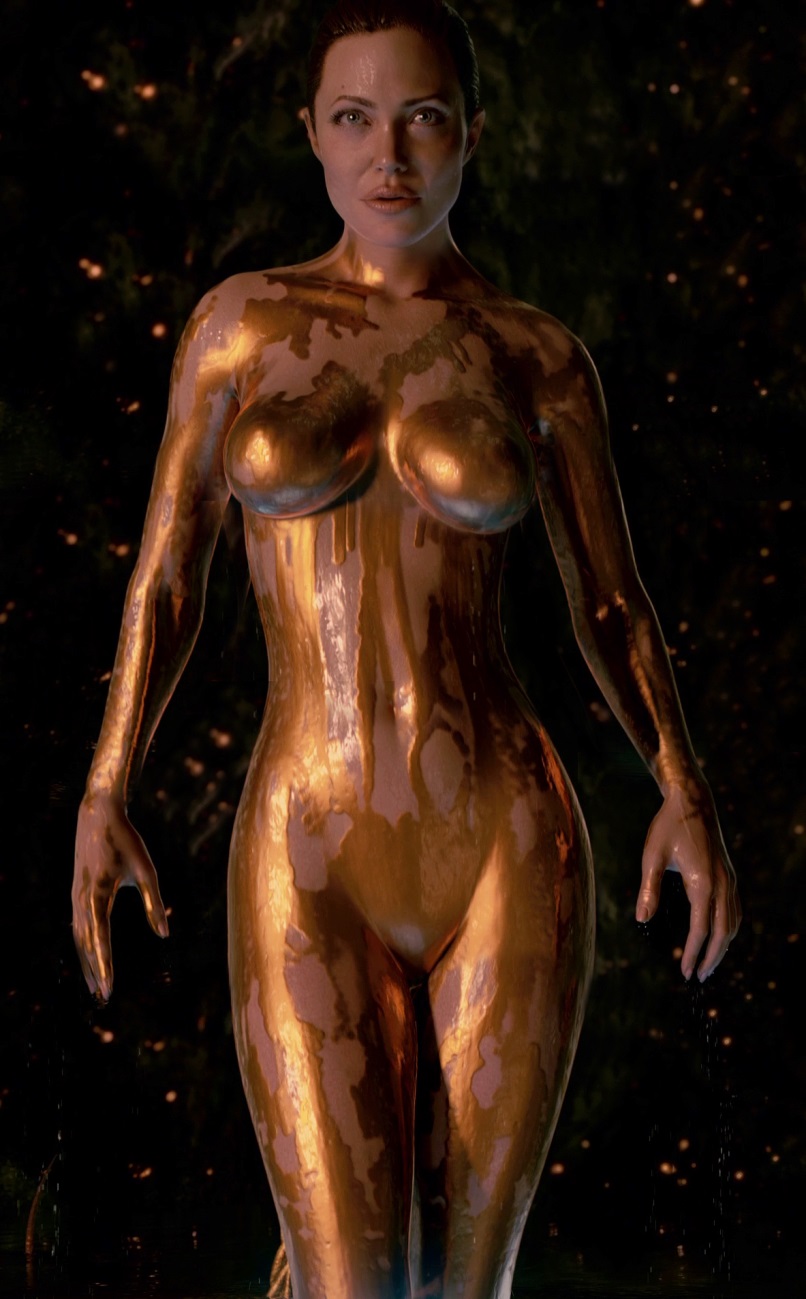