What is the significance of the veil in the Harry Potter series?

What is the significance of the veil in the Harry Potter series? What does it mean? Why is it never explained?

When asked, JK Rowling responded saying: It's been there as long as the Ministry itself.

As stated on the Veil page on the Harry Potter Wikia:

The Veil is the barrier between the land of the living and the land of the dead. One cannot travel freely between the two worlds, as it is a one-way trip. Inexperienced wizards know nothing about it, but the much more experienced wizards may have heard about it, and the Unspeakables who work in the Department of Mysteries have likely studied it closely. 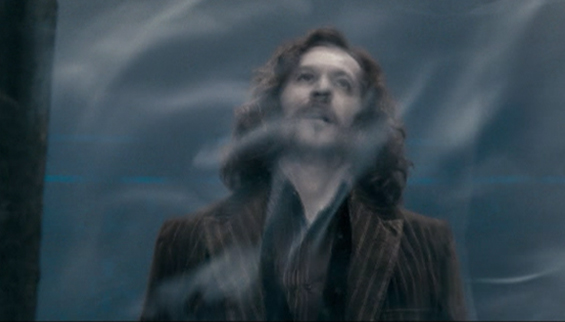 The veil is located deep within the Department of Mysteries, which contains many of mysteries of the wizarding world. I believe the significance of it is greater than the mystery it represents. As J.K. Rowling has said, "It's been there as long as the Ministry itself."

This artifact presents something historically significant, although it is impossible to say how. In the fifth movie and book, it is significant because Bellatrix shot a spell at Sirius and sent him through the veil, never to be seen again. In the movie, he was dead before he entered the veil, having taken an Avada Kedavra curse. In the book, the spell Bellatrix used may not have been the Killing Curse and so the veil may have been Sirius' cause of death, rather than a method of body disposal.

Not the answer you're looking for? Browse other questions tagged plot-explanation harry-potter .