Was the mistake in the opening scene of The Shining intentional? 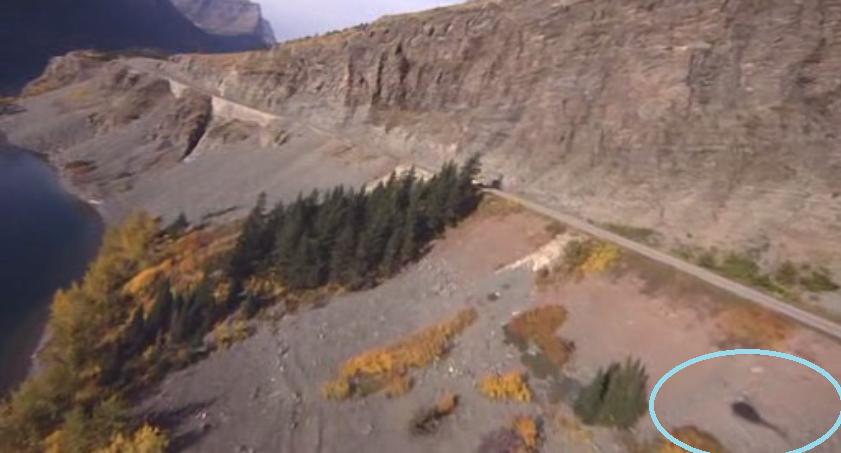 Everyone knows about the legendary director Stanley Kubrick and how meticulous he was in taking his shots to perfection. This is the opening scene from the movie The Shining (1980). We see a shadow of the helicopter used for this continual shot during the opening credits. Was this mistake intentional on Kubrick's part? Because in the very same movie, he appointed an actual type writer to type the letters "All work and no play makes Jack a dull boy" and then recorded that typing sound to be used as background score. This background score was used during the zooming in scene of Jack Nicholson at his type writer.

It's a goof due to different aspect ratios of different media. The Helicopter shadow was not in the original theater release, only showing up when packaged for other media.

According to the pilot:

Due to Blyth's impaired sight lines, the camera operator concludes Kubrick “just liked those particular shots and didn't worry about the shadows.” He then added, “I have to say I was personally horrified to see the shadows on the first video release, since they'd never showed in the theatrical release, as we'd intended.”

This is similar to what people who watch Malcom in the Middle on Netflix experience, as the original aired in 4:3 televisión while being filmed in widescreen aspect ratios. When the HD release hit Netflix, you got to see more of the scene, including missing people, actor stand ins and other goofs. Not the answer you're looking for? Browse other questions tagged the-shining production-mistakes .