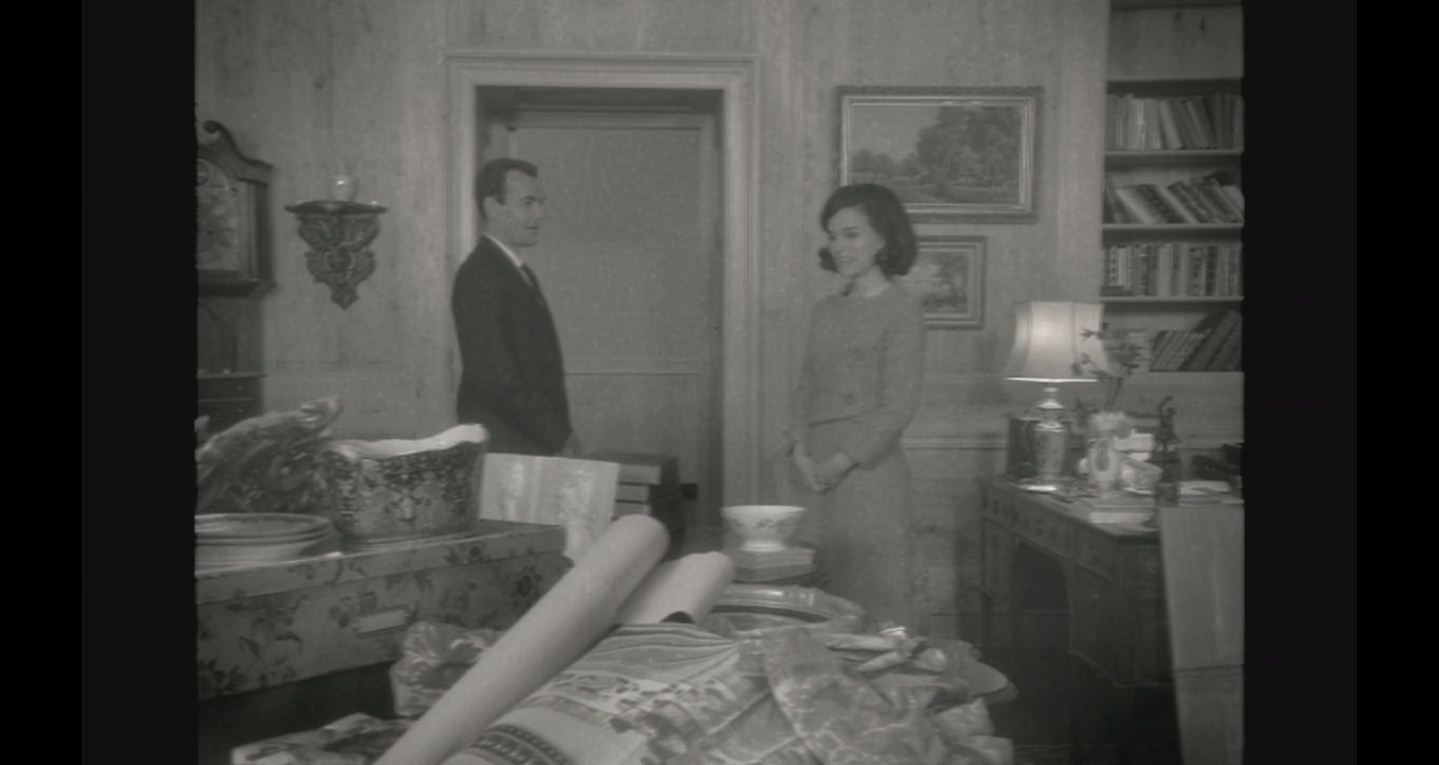 They were shot in Black & White

The red dress she wore during the [Charles] Collingwood's interview in the White House was originally from Dior. We found the right fabric, made the right color after some camera tests. We even had to make a pink version for the scenes shot in black-and-white, to match with the footage — the red was too dark. I'm not sure which house designed the black outfit she wears at the funeral, but we made that, too.

It's likely that any graininess was added later digitally in post-production.

12
Why are some movies still shot in black and white or sepia?
8
How do they shoot Dual-Roles where camera is moving or both characters interact?
8
How is the “solid black eyes” effect done?
6
How did they make Cats & Dogs talking realistic?
116
Why did filmmakers need permission to film in black and white?
8
How did they come up with the idea of using a hockey mask for Jason Voorhees?
9
How do filmmakers avoid getting blood splattered on the camera lens in battle scenes?
13
Why did they pick the title 'Tangled'?
3
How do they shoot accident scenes in movies in public areas?
4
How were the gravity scenes filmed in the movie “Deep Impact”?