Can you identify an Indian comedy about a shy man disguised as an extrovert dancer? [closed]

I saw part of this film on a foreign TV station while abroad, and could not find any details or the TV guide from that day. Speaking for myself, it was a very entertaining and lighthearted film.

The film was made some time in the past few years. It's about a shy, kind man that marries a beautiful girl out of necessity. He works for an electricity company as a call operator, while she likes, or liked, to dance. She makes it clear that she cannot love him, however he secretly falls in love with her.

At one point, she asks him to allow her to take dance classes; seeing an opportunity, he enlists the help of his barber friend, who effectively transforms him into a handsome and fashionable man. He begins to take the same dance classes, all the while not being recognized by his wife and keeping his modest, moustached persona at home.

They enter a dance competition, and throughout the film, she becomes charmed by his witty, funny persona and they get to know each other while they progress through the competition.

He eventually suggests to elope together, which means she would leave her husband (the exact same man), to test her resolve and loyalty. She is undecided, but eventually refuses to run away and, to her surprise, he reverts his appearance on the dance floor of the competition finals, which they win.

A middle-aged man who lost his love for life rediscovers it by assuming a new identity in order to rekindle the romantic spark in his marriage. 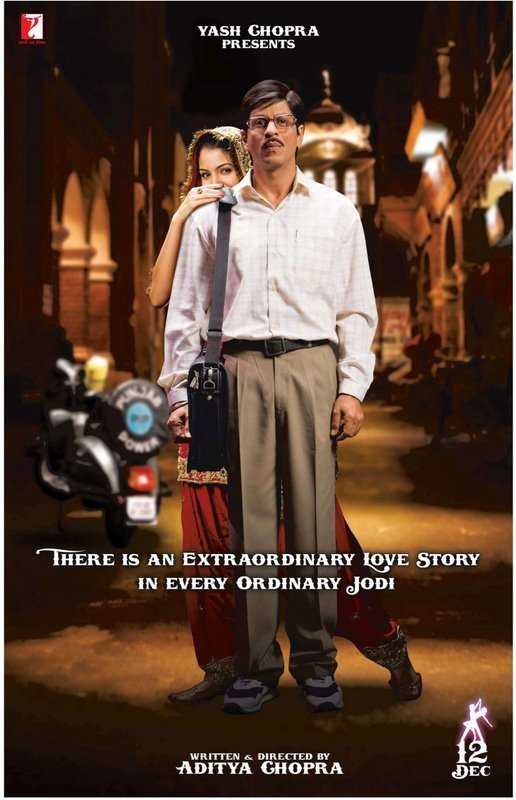 Not the answer you're looking for? Browse other questions tagged identify-this-movie comedy .