What building in the final scene of Assassins Creed? (spoiler)

The final scene crawls across the skyline of London to a building fronting the Thames. I recognized the Millennium Bridge and the London Eye, so I'm sure the scene was realistic.

The remaining assassins are grouped on a building with a clock. What is that building?

Secondarily: the clock reads 4:44, and it's dark. That means it's December/January and thus the Templar crowd spilling out of their HQ are dressed wrong. Or possibly the clock is broken. But anyway, is there something significant about 4:44 in the Assassin's Creed mythology? Or is it a tribute to some other film?

The remaining assassins are grouped on a building with a clock. 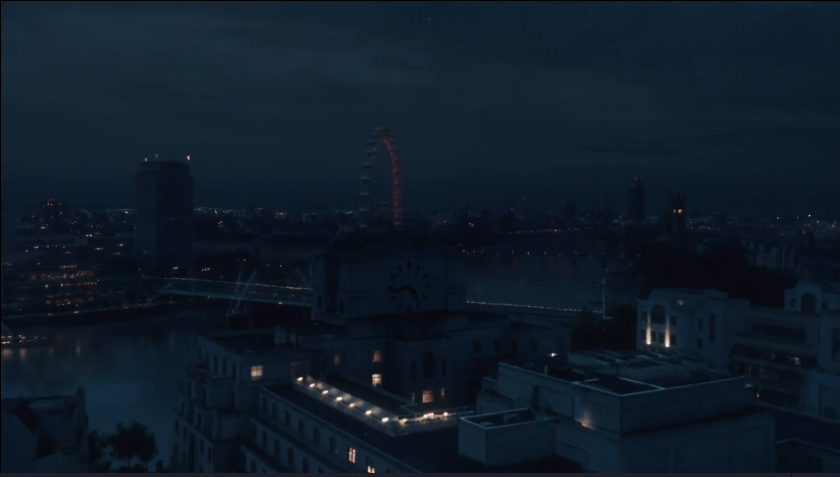 What is that building? 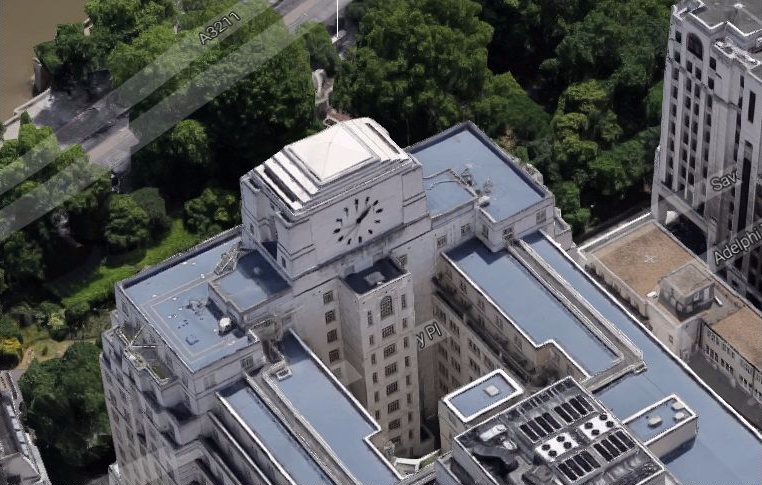 Shell Mex House is a grade II listed building1 situated at number 80, Strand, London, UK. The current building was built in 1930–31 on the site of the Hotel Cecil and stands behind the original facade of the Hotel and between the Adelphi and the Savoy Hotel. Broadly Art Deco in style, it was designed by Ernest Joseph of the architectural firm of Messrs Joseph. 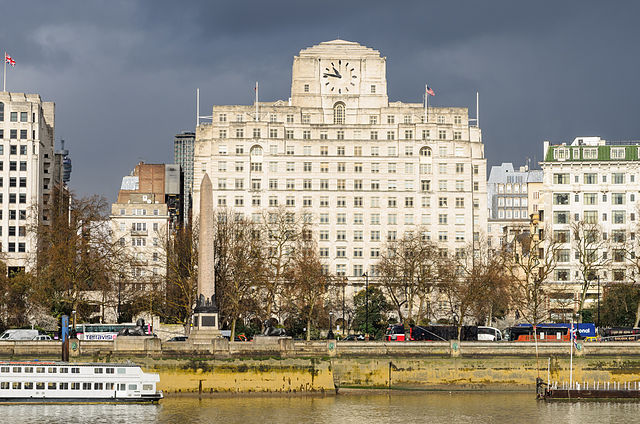 Secondarily: the clock reads 4:44, and it's dark. That means it's December/January and thus the Templar crowd spilling out of their HQ are dressed wrong.

I assumed it was 4:44 in the morning so it would be dark. The event starts in the evening so it would seem logical that the end is at night/early morning. I confess though that the interior lighting is a little confused.

If you examine the final scene you reference, there are only a few lights on. If it was 4:44 in the afternoon and dark I can assure you there would be many more office lights on.

I'm not sure what you mean by dressed "wrong"...they all seem to be wearing overcoats or at least clothing suitable for a UK night.

As for 4:44 I can't find any specific special reference to that number being relevant in any particular way to the Assassin's Creed milieu/franchise but I'm not well versed in it.

Not the answer you're looking for? Browse other questions tagged realism assassins-creed .

4
Is the tank scene in the A-Team physically possible?
3
How closely tied into the source material is Assassin's Creed?
6
Were the pamphlets shown in the opening scene really published/circulated?
1
What are the characters saying in the first few minutes of Assassins Creed?
5
Is the microwave scene in Batman Returns realistic?
0
In Rocky IV how does the Creed vs Drago fight go on?
8
Does the red flag scene in Ozark make any sense?