In Pokémon why do the pokeballs change size?

I always wanted to know. Why do they change size?

And tiny poke balls don't exist in the game AKA they don't change size in the games.

You are right, they don't work the same in the anime as they do in the games. In the games, the poke balls also break when you fail at capturing a pokemon. In the anime, it just goes back to the trainer.

The poke balls do shrink and expand when you press the button in the middle. This was a change introduced for the anime, because carrying a couple of poke balls at the same time would be very difficult. In the games, you can carry up to 99 of each type, which makes no sense outside of games because the character would not be able to carry more than a bunch of 3 inch orbs at a time. How many baseballs or tennis balls can you carry?

The poke balls can be stored big or small. The broken poke ball that Ash and Gary have was old and rusted from a river. It was likely thrown out or lost while small.

From one of the behind the scenes guides, concept art: 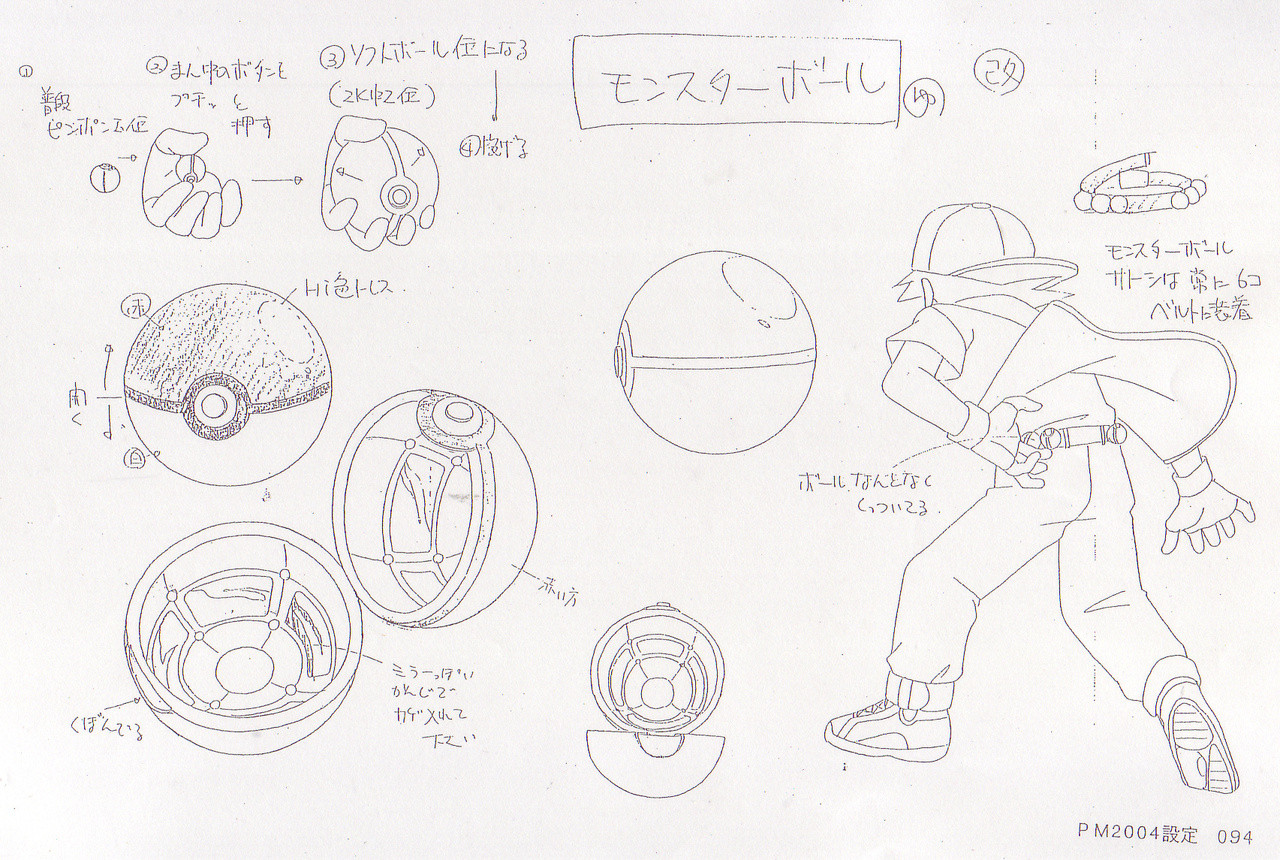 Not the answer you're looking for? Browse other questions tagged plot-explanation analysis pokemon .

5
Was the William H. Macy character part of the con?
9
Why do the Transformers always transform into the same cars?
8
Why do Minions want to serve vicious villains?
10
In the Pokémon anime, why do Jessie and James always wear white?
3
Why do the crew in Timeless worry about tracking quickly and recharge times etc?
1
Why was porygon in this episode of Pokémon
4
Is 'Pokémon the Movie: I Choose You!' considered canon?
30
How exactly did Apocalypse enhance Magneto's skills (if at all)?
5
How to explain the end of the game from the point of view of the kids?