What was the point of A Scanner Darkly being animated?

A Scanner Darkly, even though being animated, was given more like a live action look and was actually created by rotoscoping real actors. Why is that? Is there any financial or symbolic reason behind it? 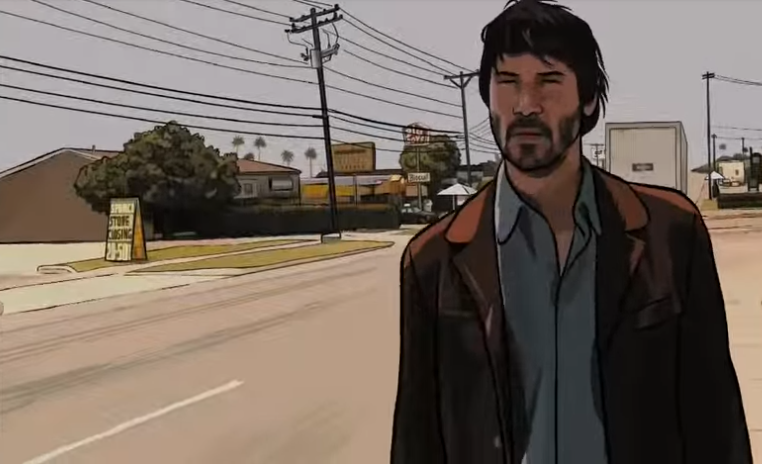 There's a relevant interview with director Richard Linklater, co-producer Tommy Pallotta, and others over on Animation World Network (" 'A Scanner Darkly': An Animated Illusion"), in which some thoughts are shared on the reasons for the artistic decision:

Linklater offers, Philip Dick is always asking What is reality? and creating situations that seem like the real world, but really arent. So the technique is very effective. Ryder added, For me, it created a real emotional effect. Producer Tommy Pallotta admits that they conceptualized this from the beginning. The animation gives the audience a buzz and they will feel unsettled. The characters are going through drug use, brain disintegration and it transports you to another universe.

The animation also was instrumental in presenting the film as a graphic novel. In Waking Life, wildly different styles and colors were used specifically for the different scenes which represented the varied philosophical themes in that film, while in A Scanner Darkly, using a consistent color palette and visual composition, the film successfully creates that continuity of a graphic novel. Which seems fit for a film that, although set in the future with neo-technological elements, it is not a sci-fi film, but more character-based.

My personal feeling is that an adaptation of this story would not have appealed to a broad enough audience without a "gimmick" - which may be alluded to in the article, where it states Pallotta believed the film would not have been made had it not been for the animation element.

The characters are losing their ability to perceive their immediate reality, and it's difficult to imagine how this infliction would have been otherwise conveyed, without resorting to choppy exposition showing what a person thought they were experiencing vs what was really happening. If narration or dialog had been used, it's unlikely the experience of the Substance D users would have held the audience's interest.

On that note, Bob Sabiston's "Rotoshop" software, which was used to create the visuals, was also used for a series of advertisements around the same time. While not directly related, the writer of those commercial spots offers the following perspective on the effect:

Somehow washing out the real-world details present in a live actor's face and in an actual background set lets us move past what we're seeing and shifts our attention onto the dialogue.

... Which would have been great for this sort of character drama, though for myself I found the visual distortions distracted me from the story.

As for whether money plays into it (beyond if the film had never been made), the first article also discusses this along with some of the pros and cons of the animation:

They were also able to spend less money on the live-action shoot, such as with set decorations, because they knew they would be able to enhance the look later in the animation process.

An article on the LA Times ("A long way from Disney") expands on this:

In mid-2004, Linklater shot a live-action film on digital video [...] He finished in about a month, partly because he didn't have to sweat the small stuff.

While the filming itself was cheaper, it goes on to explain that the process of animating the film led to increased financial costs:

[...] by the end of 2004, the film's producers became concerned that his team wasn't progressing as fast as they had hoped.

The producers had based their schedule on that of "Waking Life," said Katy O'Connor, then the film's lead animator. That was unrealistic for "Scanner," which called for a more uniform visual style, used twice as many frames per second, and featured more complex shots with more camera movement, more action and richer backgrounds.

Linklater and co-producer Tommy Pallotta believed that a team of 30 animators could finish the film in about six months for a budget of $6.7 million.

In the end, completing "Scanner" required up to 50 animators, took more than twice the time allotted and cost more than $8 million.

Not the answer you're looking for? Browse other questions tagged analysis production film-techniques a-scanner-darkly .

39
Why did Michael Richards refuse to portray himself?
9
Did any character in "A Scanner Darkly" resemble Philip K. Dick himself?
14
How did they create The Shadow's disguise?
6
What are the implications of Emmet's autonomous movement?
17
How much influence did the animated Lord of the Rings movie from 1978 have on Peter Jackson's trilogy?
9
Were the oil paintings in the episode "Im Schmerz geboren" for real?
14
Filming timespan of Jeopardy!
2
Were Morgan Freeman's scenes filmed separately and spliced in later?