How could their neighbor spy on both Monica's and Joey's apartments?

In Friends episode S01E20, The One with the Evil Orthodontist, at some point while hanging out in Monica's apartment, the gang discovers that some lady is spying on them with a telescope from across the street.

Later in the episode, they catch her doing it again, at which point Joey says something about catching her spying on him in his apartment while cooking naked.

Since the guys' apartment is right across from the girls' and that the window we see her spying through is facing the front door, is it in any way possible that she was spying on both apartments, or can this only be described as a plot goof?

The windows face the same way

The windows in the Boy's & the Girl's apartments are oriented the same way. The doors to both apartments are opposite each other, no corners or bends are present to change the orientation.

As you enter Chandler and Joey's apartment the window is on your right, as you enter Monica and Rachel's it is on the left.

This means they are on the same side of the building. 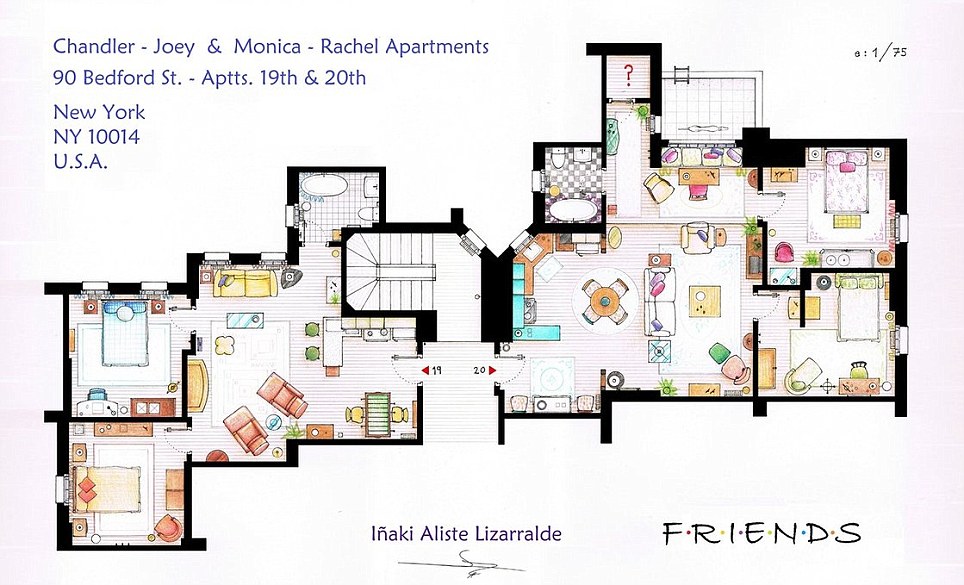 Made by fans after apparently watching hours of episodes as detailed here, shows this better than my description. I know this is dubious canonicity, but it is here merely as a visual representation of what I am describing.

There are bulgy parts that would block her view.

These bulges do not match with the exterior shots of the apartment building (Note: there are no balconies either): 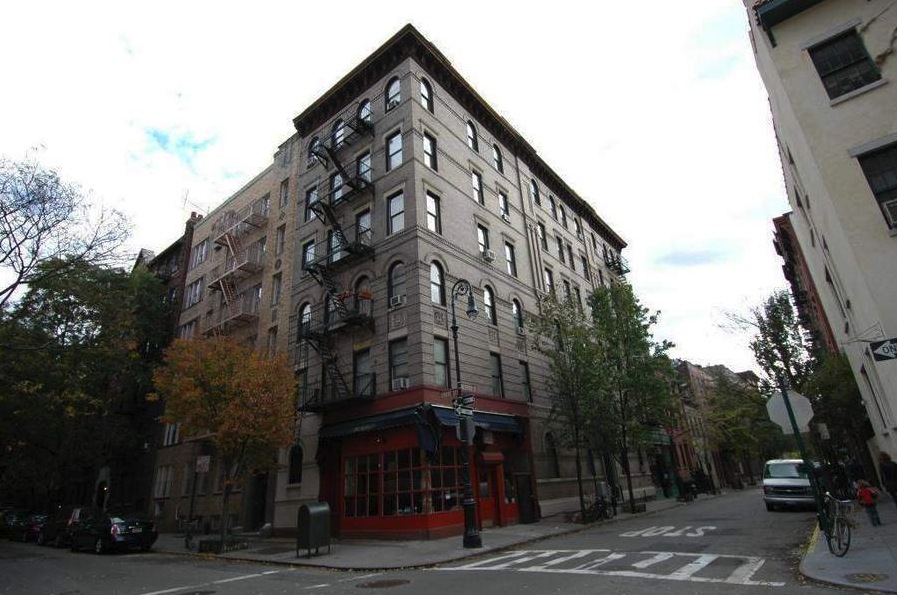 I'm opting for number 2 due to the picture of the outside not matching either, I don't think the writers have paid much attention to the layout of the apartments.

9
What does the casting director mean by “be authentically, anatomically not Jewish” in Friends?
4
What's the point of switching Monica's and Rachel's rooms?
2
Joey's and Chandler's coded telephone conversation
32
How did Joey & Chandler's Chick and Duck die?
6
How can Joey and Chandler afford their apartment?
7
Why did Frank jr and Alice need Phoebe to carry their children?