What I remember: it was a series which I saw in India when I was a child. It was maybe broadcast on TV channels Hungama or Animax. All characters were teens (who tell stories). They meet on a place during night where they do tenacity or maybe sit in a circle with a fire as center. I saw it possibly between 2007 and 2013. It was not a cartoon or animated series; all characters were human beings.

One episode I remember from the series is where a girl starts to tell a story and story was as follows: a girl lives in a town. She has two alien friends and both left the town years ago. On Halloween they both come at the doorstep of the girl's house and knock or ring the gate. The girl was surprised to see both of them as they were her childhood friends and left the place years ago. The girl tells them that many humans have been eaten by an animal and she said her to be careful. Then they all went to the forest near to their town for some reason. There the girl came to know that her alien friends ate and killed all the missing humans or humans that were supposed to be killed by animals. Then the aliens promise the girl that they will never eat her and will not cause any harm to her, and then the aliens go to their spaceship.

You seem to be confusing two shows, so I'll just fill in the blanks. The format of kids telling stories does indeed sound like Are You Afraid Of The Dark?, but the episode you were looking for is actually the Goosebumps episode Attack of the Jack-O'-Lanterns from 1996.

When Drew's friends, Shane and Shana, pay her a visit, they offer to help her scare local bullies Tabitha and Lee on Halloween. However, the evening turns terrifying when two jack-o'-lantern headed ghouls attack.

Shane and Shana are aliens and they lived next door to Drew a few years back and were her friends. After they pay her a visit and help her scare her rivals, they turn into alien form and board a spaceship in a forest. They then tell her, to her surprise, that they ate the 4 people that went missing recently.

The entire episode is currently available on Youtube here. Here are Shane and Shana disguised as scary pumpkins and then in their true alien form before boarding the spaceship: 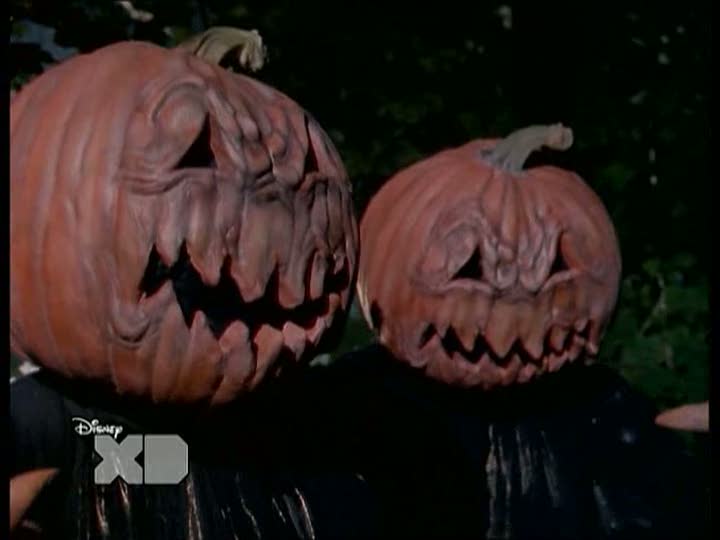 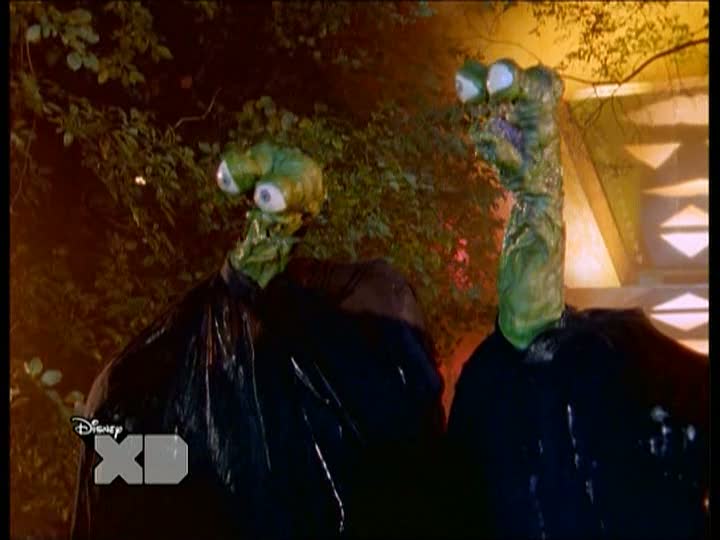 Is it Are You Afraid of the Dark?

Both series of Are You Afraid of the Dark? revolved around a group of teenagers who referred to themselves as "The Midnight Society." Every week, at a secret location in the woods, one member would tell a scary story to the group. The actual story, rather than the telling, was displayed to the television viewer. The story was shown between the group's arrival at the site and their departure. Each storyteller would begin their story by saying "Submitted for the approval of the Midnight Society, I call this story..." at which point he or she would toss a handful of "midnight dust" from a leather pouch into a campfire to heighten the flames and produce an eerie white smoke.

I have seen it personally too but not sure about the network and not remember your refereed specific episode but rest all thing match.