Where did the walking stick come from?

In Sherlock S04E02, at the mortuary we saw John hit Sherlock in the face and as a result he was admitted in the hospital. Then John gave his own walking stick to Sherlock, as a parting gift. 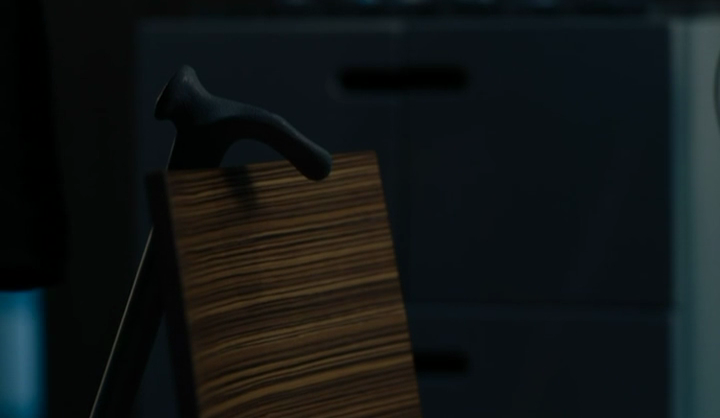 (He braces it against the back of the chair.)

Though it was pre-equipped with a recording device, as per Sherlock's forecast. John doesn't use his walking stick anymore and Sherlock was asleep on the hospital bed. Throughout the entire episode neither John nor Sherlock is carrying the stick so how come John gave him the stick? Where did it come from in the first place?

If you watched the entire episode - they go thru and 'show' how it was done. The cane keeps coming back. Believe is part of a running joke as Sherlock kept it after John didn't use it anymore. Sherlock had been right - John NEVER needed it. But in this case. The cane came in handy.